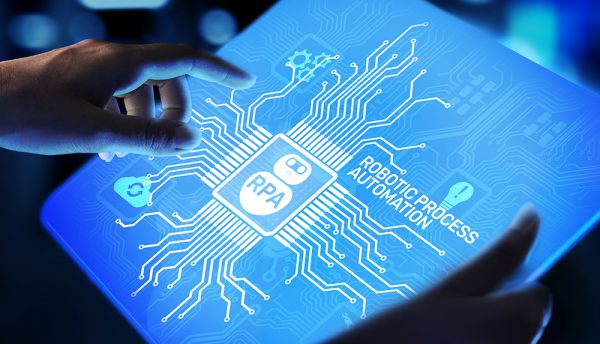 The President says that, over the next six years, every child in the country would be provided with digital workbooks and textbooks on a tablet device. Already, 90% of textbooks in high enrolment subjects across all grades and all workbooks have been digitised and In line with the ‚Framework for Skills for a Changing World’ initiative, training for both educators and learners will be expanded to respond to emerging technologies including the Internet of Things, Robotics and Artificial Intelligence.

UiPath, which expects to see one robot for every person in a matter of a few short years, says that the move to Robotic Process Automation (RPA) is inevitable, and that future jobs depends on having RPA skills.

“Automation, and RPA, is a wave of change much like the ones we saw when personal computer and mobile phones first arrived,” said Leonare Kerrigan, Head of Sales for South Africa at UiPath.

“The difference is that it is taking off much faster.  RPA is not like having R2D2 coming in and taking over your job. RPA gives you a digital assistant that takes over your mundane, process-based work, and does it better and faster. This leaves humans free to focus on creative problem-solving and innovation.”

Mark Walker, IDC Associate VP, Sub-Saharan Africa, said global RPA spend – already in the region of US$3.7 billion – is growing at around 50% year on year to 2022.

“Robotic Process Automation is already among the top three capabilities expected of a company, because of its cost savings, rapid implementation and fast return on investment,” he said.

RPA is being deployed across industries, wherever rules-based repetitive tasks are involved.

“Every organisation seems to have a different use case for RPA,” added Kerrigan.

“We’re seeing it deployed to reduce time to process shipping documents from overnight to a matter of minutes; or to support contact centre agents in delivering enhanced customer service. So, we’re starting to see a digital workforce and a human workforce collaborating side by side.”

While RPA promises to free up human capital to become creative problem-solvers, it could also result in some job losses, UiPath concedes.

Kerrigan said: “The advent of technologies like electricity and motorised cars also impacted jobs. But at the same time, they created opportunities for scores of new jobs. There is no stopping progress. But what we are seeing in our deployments with global customers, and in South Africa too is a lot of repurposing of roles and upskilling of workers to use RPA to improve their daily work. It is our responsibility as leaders, industry and even parents to show people how to take advantage of the whole new world of opportunity that is arriving.”

“We didn’t cut heads, but instead we were able to create a new, sellable service without needing new hires,” said Proome.

“Where RPA replaced repetitive tasks, our people – who have extensive experience – were able to move into new roles that were less mundane and made better use of their IP.”

Karan Dixit, Vice President, Sales MEA at UiPath,  added that as employees were freed from non-value added tasks, they were able to become more creative and collaborative, and contribute to overall company strategy.

“This makes the company more inclusive,” he said.

Meanwhile, Walker added: “Mundane tasks with a high level of repetition will be overtaken by RPA,” but what this means is that workers will have new tools at their disposal, allowing to do their jobs better. They will stand on the shoulders of giants, with the basic building blocks of their work already done.”

Key to making the most of the RPA opportunity and using it to grow jobs, rather than lose them, is skills development.

Kulpreet Singh, Managing Director EMEA at UiPath, said the company had begun work on RPA solutions several years ago, and had found itself an international market leader as the RPA wave took off.

“RPA is the next industrial revolution, which will shake up society as we know it.  But skills are lacking. Therefore, the more people who are skilled up, the better. As an RPA leader, we are leading the agenda on skills development.”

SilverBridge COO on the practical disruption in insurance 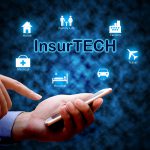 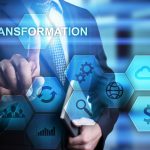 The ​critical ​​f​actors needed for ​a ​successful​ ​transformation