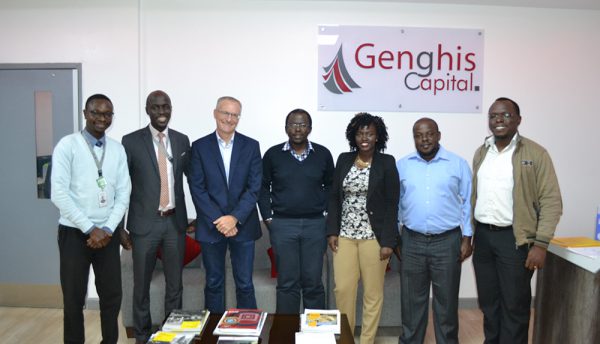 Kenyan investment bank migrates 100% to the cloud in one day

When Genghis Capital, a leading investment bank in Kenya, took the decision to modernise its technology organisation, it opted to think out of the box. Part of a strategic new direction, the bank wanted to explore the digital and productivity freedom the cloud could offer and move away from archaic systems that were proving to be a stumbling block to innovation.

The task was no small feat for the investment bank. Licensed Kenya’s Capital Markets Authority (CMA) Genghis Capital provides myriad financial services and the bank falls under the jurisdiction of the Nairobi Securities Exchange (NSE Kenya), meaning that every decision it made pertaining to its infrastructure had to be cleared by the NSE as well and guarantee business continuity.

“Our infrastructure had come to its end of life, which was a huge challenge for the business, but at the same time provided us with a unique opportunity,” said Jeremiah Chunge, Head of Alternative Channels and Technology at Genghis Capital Limited.

“We had more than 11 servers that were starting to cause disruptive full system reboots. Not to mention that the cooling and electricity costs of running them 24 hours a day were just spiralling. Backups were also becoming a problem to keep track of, as was our ability to do fail overs. This was leading to downtime and service disruption.”

The options facing the company were to replace the old infrastructure or scale up operations 100% into the cloud, where it could then co-locate across different geographies.

“We began to investigate different options in terms of their business efficiency and how they could assist technical staff, who were really running hard to keep the lights on,” added Chung.

“The team was already coming to work on weekends and were always on call. Besides just our servers, our PABX system couldn’t deliver on collaborative tech like video conferencing and call recording. In order to transform the PABX we would have to invest in new ‘video cards’ for the system – the costs of which were just not justifiable.”

Because the organisation deals with sensitive financial data, its environment was made up of a host of ringfenced servers that would look after independent services. As an example, separate servers would house its investment products, unit trust products, active directory and file storage, financial systems, HR, client data and even its print services. The enormity and costs of replacing the eight plus servers in this environment alone was simply not cost effective.

Downtime was not just a business challenge but was severely impeding customer service – a simple Internet disruption or unplanned reboot would stop all access to data. Power issues, a common place problem in Africa, would impede the air conditioners in the environment and using generators to keep the lights and power on was costly.

After extensive investigations, the decision was reached that the cloud would be the most cost-effective solution for the business. The company shortlisted 10 cloud providers and finally decided that specialist cloud services company Node Africa, would be the best fit for the company.

The decision to partner with Node Africa, was due to the company’s infrastructure being built on the VMware platform. As the bank itself uses VMware it felt that the migration to the cloud, due to consistency of platform, would be seamless.

“Prior to us making concrete plans to move to the cloud we needed to ensure that there were no objections from the NSE,” said Chung.

“We had to take the time to draw up a business continuity plan to prove to them how we hoped to achieve the move with no disruption to customers as well as what mitigation plans to use in the event that the change was not successful. Our plans included a thorough risk and compliance model that highlighted who would take responsibility for data loss and use, if we deploy on the cloud.

“We had to include the fact that it would be a private cloud and not a shared cloud, as well as how we would mirror the servers four times on the primary cloud location to meet and exceed regulatory required uptime and availability, as well as an off-site backup site. Namely, a disaster recovery site at a secondary cloud location for data recovery, in the event that the four mirrored servers fail at the primary cloud site.”

“The solution had to be deployed over a weekend and ascribe to a 99.999% uptime of the system, office phone lines and user extensions. The SLA with Node Africa was also part of the requirement, as was the TCO benefit to the business, the sustainability of the solution and the privacy between vendor, customer and partner. Only when this was reviewed and the NSE provided their approval, with the provision that if it failed we would have to revert to the old system, could the rollout be confirmed.

“We are the first bank in Kenya to move all our operations to the cloud, something the NSE confirmed. Furthermore, none of our staff had to go to the NSE’s trading floor because of system unavailability. After one month of planning, the migration took just the Saturday and we were up and running. In fact, after our success, the NSE came for an office visit to see our new operation and they were impressed and even asked if we could be a case study to others considering the same move,” says Chunge.

The bank’s voice applications are now 100% in the cloud, they no longer have a physical PABX, the voice infrastructure and backups have moved to the cloud, staff have moved from regular desktops to virtual desktops (now using HP Google Chromebooks), with full integration of Google Apps, Microsoft Office, Active directory and virtualised day-to-day user applications.

The current VMware Private Cloud Stack includes the full SDDC (software-defined data centre) of vSAN, NSX, vSphere and vCenter running the core platform, as well as vRealize Operations for management visibility. The bank has also deployed Horizon for its VDI environment, and its Chromebooks boast single sign on with full access to Google Apps. Furthermore, the company is making use of the VMware Pivotal Container Service (PKS) for containerised application development.

The Genghis Capital deployment at the Node Africa site is 100% ringfenced, all hardware that is dedicated to the bank is completely separate from all of its other systems, the edge has been secured as are all desktop apps, with the help of NSX.

“The migration took one day, and we have reduced costs dramatically,” said Chunge.

“Each server would have cost US$70,000 and we would have required a minimum of five core servers for the new environment. Conversely the cost to migrate was a fraction of the price at just US$3,000 a month. Work the costs out over a three-year refreshment cycle and it just makes business sense.”

Genghis Capital is also experiencing improved efficiency in terms of resources and their allocation, as it applies and only pays for what it uses and scales as and when needed. The team has remote access to all services on the cloud and security is improved as IT staff are no longer required on site on weekends to fix problems. The bank has also been able to remove the tax liability of having IT infrastructure on its books.

As a result of a portion of Node Africa’s technical expertise, the bank no longer needs to continually fight to secure top talent in an area that isn’t its core business. Instead it is using the 24×7 monitoring and support services of Node Africa, enabling its staff to innovate and create new services or applications in the cloud, to meet the increasingly digital needs of its customers.

“We can scale systems better, and since deployment, we have added a fund management solution, a mobile application and two web servers,” said Chunge.

“All of which were added to our infrastructure at no extra cost. Security is also greatly improved, not just of our data, but of the physical infrastructure too – as we don’t have to concern ourselves with the threat of people breaking into the property to steal equipment.”

Customisation and ease of deployment are also key benefits and according to Chunge it is now able to deploy its PABX telephony service and ensure the availability of staff extensions anywhere in the world there is Internet access, and across all devices by installing an app on a mobile phone, desktop or laptop. Data resides in the cloud eliminating the possibility of data loss if a device is stolen.

“Our job as Node Africa was to show Genghis Capital what was possible with a cloud solution,” said Phares Kariuki, CEO at Node Africa.

“We had to prove how we could help enable productivity and enable their IT team to focus on higher order problems, such as generating revenue and how IT should enable this in a business. They really are progressive in their approach and it’s been incredible to work with them.”

“Looking ahead we can now attest that we have faster turnaround times, high-regulatory compliance for business continuity setup, remote office capabilities and robust access to our systems,” said Chunge.

“We run the same software as we did on premise, but it is faster and more reliable despite supporting concurrent access. We are 100% focussed on our business and we are already innovating with new applications and projects. In short, we have experienced full digital transformation of our business – the sky really is the limit and the cloud allowed us to get there.” 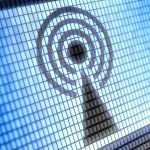 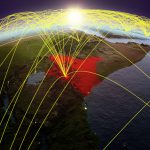 Kaspersky Lab expert on the Information Technology landscape in Kenya