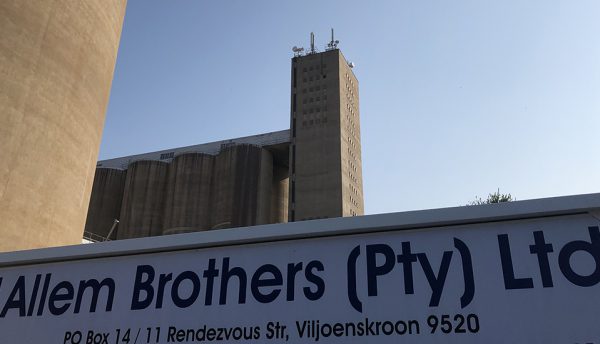 With help from long-standing IT partner, LanDynamix, Allem Brothers is gradually transforming its ICT systems to support its business better and lay the foundations for another century of success.

Allem Brothers began its life as a small trading concern in Viljoenskroon in the northern Free State. Over the course of almost a century, the company has grown to be a key player in the agricultural sector. Today, a major part of its business is the buying, selling and storing of maize.  The company also manufactures and distributes maize products for human and animal consumption.

The relationship between LanDynamix and Allem Brothers began when the company decided to replace its outdated mail system several years ago. E-mail had become a critical business tool, and the company wanted to reduce the risks of downtime by moving to a hosted solution. This would also reduce the administrative burden on its onsite IT staff.

“Out of many companies who pitched for our business, it was easy to choose LanDynamix because it was apparent that they understood exactly what we wanted and would be able to provide it at a reasonable price,” said Pierre Gerber, IT manager at Allem Brothers.

“The relationship grew from there.”

LanDynamix successfully managed the migration of Allem Brothers onto its hosted Exchange system, and also provides advanced security for all mail traffic and archives. LanDynamix’s main data centre is located at Teraco in Isando, with redundancy provided by Hetzner in Centurion. As a further failsafe, data is also replicated to the Teraco site in Cape Town.

After the successful migration onto a hosted e-mail system, Allem Brothers engaged LanDynamix to provide managed security services to protect its entire network from an increasingly wide range of threats. High-profile cyberattacks like the WannaCry malware and the increasing incidence of ransomware attacks were clear indications that the threat landscape was worsening.

LanDynamix provides a comprehensive security solution that includes a firewall to protect the network edge and anti-virus and software patching to protect end-users, as well as e-mail. The highly sophisticated automated system constantly monitors Allem Brothers’ IT environment to ensure that all security services and patches are properly deployed and updated, thus reducing the risk of human error.

“Consistent, meticulous patch management is one of those repetitive, mundane tasks that humans are actually not very good at, but that are vital,” said Dane Walker, Cloud Infrastructure Manager at LanDynamix.

“Few people realise, for example, that the whole WannaCry debacle could have been avoided because Microsoft had provided the necessary patch months before, but it never got done in many companies. It’s a great example of how automation really adds value.”

A recent project has been the implementation of a managed backup solution to protect Allem Brothers’ data and applications. With data emerging as one of the most important parts of any business, it is clearly good business practice to ensure not only that it is protected, but that reliable backups are readily available in the event of data loss.

Initially, LanDynamix created a physical copy of the critical data and applications on site, and then transferred it to its data centre in Johannesburg. Subsequent incremental backups occur over the network. All the data stored at LanDynamix’s data centre (and during transfer) is encrypted. Cached recent copies of the data are also stored onsite in order to improve restore speeds.

Because Allem’s is situated in a rural area, poor connectivity has become an increasingly significant barrier to optimising its ICT infrastructure and taking advantage of new technologies like cloud. LanDynamix is currently installing a new fibre link to solve that problem.

“Reliable, fast connectivity will be a game-changer for Allem Brothers and will make it possible to access the growing possibilities of the cloud, and thus the prospect of greater efficiencies, better use of data and even cost reductions over the long term,” said Walker.

“It will also help to reduce the administrative burden on the in-house ICT department still further, freeing it up to add value to the business more effectively.”

Gerber added that mutual trust underpins the ongoing partnership between Allem’s and LanDynamix.

“I have never met another service provider in all my years in the industry that is so focused on customer service,” he said.

“By the same token, they also trust us to do what we are supposed to do.  The relationship of trust established over the years has opened an honest communications channel between the companies. When problems arise, LanDynamix and Allem Brothers work as a team to solve them efficiently and effectively.” 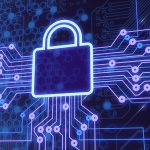 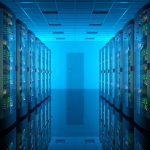