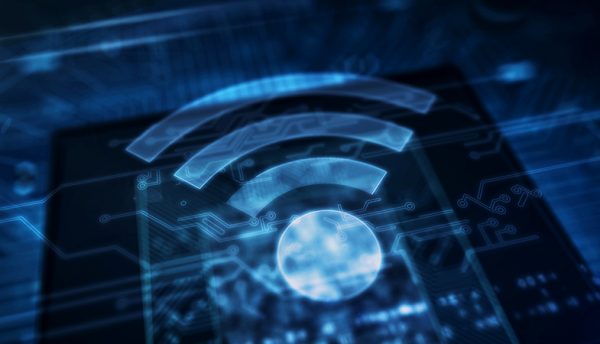 Following the white paper released by the World Broadband Alliance (WBA) that  provides deployment guidelines for a number of possible scenarios utilising Wi-Fi 6 technology, Jacques Visser, Head of Wireless at Vox, says South African companies should familiarise themselves with it, and the ways in which they can use it to enhance their business operations.

As the quality and speed of Internet connectivity continues to improve, thanks to technologies such as fibre, LTE and the upcoming 5G, users are responding by connecting even more devices to their local area networks. They are engaging in bandwidth intensive tasks such as making latency-sensitive video calls, streaming content in 4K, and adding Internet of Things devices that continually transmit small packets of data.

Wi-Fi networks face two major challenges, namely to be able to counter the incredibly complex security risk, and to provide more efficient ways to handle the growing and diverse amount of traffic as well as bandwidth needs.

To solve this, the Wi-Fi Alliance has identified improvements to the current standard, 802.11ac. A key improvement was to focus on usage under typical conditions in order to improve the performance of the entire network, which is fundamentally different from the existing standard where the focus is on peak data rates under perfect conditions.

The partners have further made naming conventions for these technologies easier to understand. Instead of making customers wonder what terms such as 802.11a/b/g/n or 802.11ac mean and trying to figure out which is the better product, the industry body is switching to the use of numbers, with this newest iteration – 802.11ax – being branded Wi-Fi 6. This nomenclature will be retrospectively applied to previous technologies, with 802.11ac being Wi-Fi 5, and 802.11n being Wi-Fi 4.

Wi-Fi 6 will address the issues experienced by the continued and expanding success of Wi-Fi in the 2.4 GHz and 5 GHz bands and will be key to delivering the increased capacity and performance required for next generation connectivity.

One of the focus points was to enhance the efficiency of how access points handle devices simultaneously. It’s not about comparing Wi-Fi speeds; it’s more about providing optimal throughput for all clients. Think of it as adding more lanes to a highway, and each lane is dedicated to a user. This opens up a wide range of new use cases for Wi-Fi 6, including:

Nearly 70% of smartphone data is carried over Wi-Fi networks, and it is clear that cellular deployments in licensed spectrum have not been able to keep pace with consumer demands for wireless data.

This has led to the acceptance of Wi-Fi as an important complement to cellular access, and 3GPP’s definition of its 5G Core Network re-enforces this with the ability to better integrate with Wi-Fi networks as well as its 5G defined New Radio (NR). 3GPP, the 3rd Generation Partnership Project, is the organisation that has set standards for mobile telecommunications, right from GSM till today’s 5G.

Equipment vendors are set to have equipment available locally later this year, subject to getting approvals from ICASA, while the launch of Wi-Fi 6 compatible System-on-Chip (SOC) and devices were announced at Mobile World Congress in Barcelona.

There is also a focus in 5G cellular to improve its competitiveness with Wi-Fi, including defining support for operation in unlicensed spectrum as well as adopting a more flexible authentication framework. While these investments may potentially pay dividends in the years to come, Wi-Fi 6 is already at our doorstep to meet the ever-growing demand for wireless data.

In the meantime, South African companies should familiarise themselves with Wi-Fi 6, and the ways in which they can use it to enhance their business operations. However, as often observed with the introduction of new technologies, it will be smaller more agile businesses who are the first to adopt, in an effort to gain an advantage over the competition – and bigger companies will eventually be left with no option but to respond similarly.