The PPA was signed by Sabah Mashali, President of EETC and Hussain Al Nowais, Chairman of AMEA Power, in the presence of Egypt’s Prime Minister, His Excellency Dr Mostafa Madbouly, the Minister of Electricity and Renewable Energy, H.E. Mohamed Shaker and the UAE Ambassador to Egypt H.E. Jomaa Al Junaibi.

The power plants, expected to be commissioned in Q4 2021 for solar and Q3 2023 for wind, will be able to supply power to approximately 830,000 homes, with planned production of nearly 2.9 GWh per year.  The project confirms the dedication of AMEA Power to support the country’s firm goal of increasing the renewables contribution by 42% to its energy mix by 2035.

AMEA Power’s Chairman, Hussain Al Nowais, said: “As we continue to expand our global presence, we are delighted to embark on these renewable energy projects in Egypt. We are thankful for all the support that we have received in the country and we look forward to continuing to support Egypt in its drive to diversify its energy mix.”

The related concession agreement was signed by the firm and the government. Their respective representatives were Alnowais Hussain Jasim and Dèdèriwè Ably Bidamon, Minister of Energy.

Under the deal, the State grants AMEA Togo Solar all rights to design, finance, build, launch, operate and maintain the facility. In return, the firm will transfer, after concession, power produced at the plant to the State, via the public utility network. 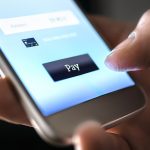 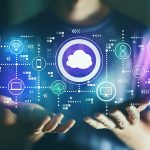 Elingo expert on the year of the cloud in South Africa