Companies in Kenya continue to adopt more complex technology to fight the economic impact of fraud.

According to a survey by global audit firm PwC, Kenya lost Kes 5.5billion to economic fraud during a 24-month review.

There were 5000+ respondents globally with 102 from Kenya and 58% reported they experienced economic crimes in the last 24 months, which is down from 75% reported in 2018. However, the percentage is still higher than the world average of 47%.

PwC said that the most common cases of fraud were bribery and corruption, procurement fraud, asset misappropriation and customer fraud.

The survey said advanced technology by itself was not sufficient to combat economic crimes but companies also need to invest in the right expertise, governance structures and monitoring mechanisms.

The survey said that as organisations strive to be more efficient and better serve an ever-growing client base, they continuously adopt more complex technology. As this happens, attacks aimed at the systems or designed to utilise these systems also become more sophisticated in scale and methodology. As such, organisations have no option but to invest in ever more complex antifraud technology. This unfortunately increases the risk of the technology employed being ineffective especially where knowledge of how such technology works is limited to a few individuals in the organisation. There is also a risk that organisations will erroneously assume that the technology they have invested in, since advanced, can in isolation of other measures, protect them from fraud.

Although AI ranked lowest, it is widely seen as the future in crime busting technology. This is due to its ability to harness Big Data and ability to augment the other technologies and more traditional methods of combating economic crimes. Of the common AI technologies that also include Natural Language Processing (NLP), Natural Language Generation (NLG), Voice Recognition and Machine Learning; Kenyan respondents highlighted Biometric Authentication as the most widely and beneficial AI technology with 34% of Kenyan respondents installing and deriving value from it. Biometric technology has been refined over the past few years with deployment of fingerprint readers and facial recognition software improving tremendously. Smart phone developers have been key in fast tracking the development and widespread use of this technology. According to the survey’s respondents, cost, limited resources to run/handle results and lack of (appropriate) systems were the top three reasons preventing their organisation from implementing / upgrading technology in order to combat fraud, corruption or other economic crimes. Technology is dynamic, changing every so often with new ones coming up every year.

In Africa, cybercrime ranks among the top areas of concern with 38% of CEOs citing it as a threat 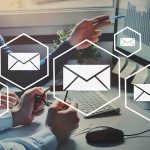 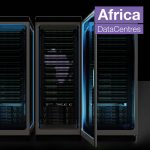