While the rogue apps behave normally on a smartphone’s screen, they surreptitiously click on links and adverts, sign users up to subscription services and consume vast amounts of data from prepaid contracts. Not only do advertisers pay app developers for the false clicks, the fraudulent apps are also used to steal personal data about the smartphone user without any visible sign of the fraudulent activity.

Specialist mobile security company, Upstream, works with a number of operators in South Africa to protect consumers and businesses from this type of fraud. The company’s Secure-D platform monitors app activity and blocks suspicious transactions. In an end of year report, Upstream revealed that it checked more than 50 million Android transactions in South Africa in 2019, identifying and blocking 86% of them as fraudulent.

The Snaptube video app infected 4.4 million handsets and generated more than 70 million fraudulent transactions, with two million of those transactions originating in South Africa. Upstream exposed Snaptube in October 2019 but it is also still available on third-party Android app stores.

3 – Vivavideo: 560,000 blocked transactions
A very popular video editing software app for smartphones, Vivavideo has been downloaded more than 100 million times worldwide. But just like Vidmate, its background behaviour leaves a lot to be desired and Secure D was working hard to block more than half a million fraudulent transactions in South Africa alone.

According to a report on the state of malware and mobile ad fraud released by Upstream, 93% of mobile transactions in 20 countries were blocked as fraudulent in 2019. Data from the Invisible Digital Threatis based on deployments of Upstream’s Secure-D full-stack anti-fraud platform, which detects and blocks fraudulent mobile transactions that primarily originated from ad fraud malware. At the end of 2019, Secure-D was used by 31 mobile operators in 20 countries.

In those markets, Upstream’s security platform processed 1.71 billion mobile transactions and blocked 1.6 billion of them as fraudulent, a staggering 93% of total transactions. It’s estimated that these transactions would have cost users US$2.1bn in unwanted charges had they not been identified. For the industry, losses from online, mobile and in-app advertising reached US$42 billion in 2019. 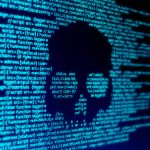 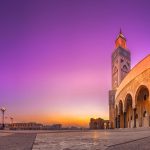