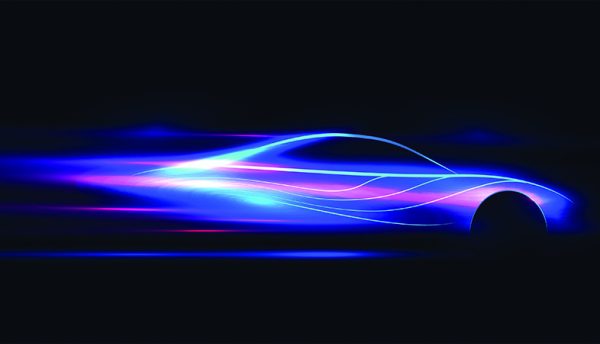 To consolidate its status as an international company, Tunisia-based Coficab wanted to homogenise its IT infrastructure and standardise its backup strategy across all its 13 production sites to improve management efficiency and ensure data integrity and availability, a crucial element for the company’s production activity.

The business challenge
“One in five cars in the world is designed with Coficab cables; which are certified by the world’s main leading car manufacturers and attach great importance to the quality of the customer experience,” said Sami Benzid, Corporate IT Infrastructure Manager.
In addition to being renowned for the quality of its products, Coficab is at the forefront of technology and places innovation at the heart of its strategy, with a significant budget allocated to research and development, to offer high value- added products that meet the specific needs of its customers.
Coficab’s operations run, 24/7/365, and the entire production chain is fully dependent on the IT infrastructure. The need for availability is crucial for Coficab. Any business interruption, due to a server failure, a computer attack or any other cause, is synonymous with great difficulty for Coficab towards its internal teams and its customers.
Walid Nasri, Project Manager of the Corporate IT Infrastructure team at Coficab, said: Walid Nasri, Project Manager of the Corporate IT Infrastructure team at Coficab. “After a 15 or 30 minute downtime, we start to receive telephone calls in droves to the IT team, demanding that we restore IT service availability as soon as possible for production to resume with minimal impact. It is our daily life.
“When downtimes longer than 30 minutes occur – and they do sometimes – they partially affect our production process and may even lead to a delivery stop in the most extreme cases. They also affect the company’s reputation and financial situation, as customers may demand penalties or reimbursement of transportation costs, which represents considerable sums of money.”
The main mission of the IT team is to ensure data availability, integrity and security, and the recovery after incidents as soon as possible.
This situation was made even more complex by the distributed nature of data backup management on Coficab’s various production sites: “Initially, each of our sites operated with its own backup solution and strategy, without any resembling another. This was a huge waste of time, money and efficiency for us,” said Benzid.
As a result of its international expansion and the growth of its business, Coficab has decided to standardise its backup strategy across all its 13 sites, in order to put an end to this management complexity.

The Veeam solution
After a quick audit of the backup solutions available on the market, Veeam was able to make the difference by its ability to provide the most appropriate technical response to Coficab’s initial problems thanks to the speed, reliability and efficiency of its solution.
As Veeam was already used on 70% of Coficab’s sites, the IT teams have had the opportunity to test and approve its benefits over time on many occasions and to welcome the quality of the support offered by Veeam, whether in terms of listening, and the reactivity or professionalism of the technical and commercial teams.
To achieve the standardisation of Coficab’s backup architecture, the IT Corporate team has implemented a solution called ‘Umbrella’, built on a central Veeam server that centrally manages the servers located at each production site. The goal is to leverage a central point of supervision with Veeam Backup Enterprise Manager to improve backup visibility at the sites’ level and allocate data centre resources as needed.
This ‘Umbrella’ architecture was made possible thanks to Veeam Backup & Replication Enterprise, which makes it very easy and fast to extend a single backup strategy to all existing sites, regardless of where they are located, and to allow data to flow between sites with much greater flexibility.
Before Veeam, the company operated in very complex and different environments. Life became easier due to the ‘Umbrella’ architecture which allows it to have a single contract with a single license file for all sites and for the cloud.
The solution also made it possible to optimise, license and purchase instead of juggling between several different versions of Veeam and several different licenses between sites.
As the central site of the ‘Umbrella’ architecture is located in the cloud, a two-week POC was conducted to evaluate the use of Veeam Backup Enterprise Manager on this cloud, before Coficab confirmed its final choice for its new standardised backup architecture.
Nasri adds: “Veeam has so many advantages that it is barely necessary to test it beforehand, you just have to install it as soon as possible.”
Coficab also benefits from the backup supervision of all its sites as well as the restoration of data with Veeam Direct Restore and was able to reduce file recovery time from minutes to seconds.
The standardisation of the backup solution at group level brings immediate benefits to the IT team collaborators, starting with a 90% reduction in the backup time of virtual machines at each site, in addition to a guarantee of reliable backup quality.
“On some sites, we went from two days to only 1.5 hours to backup all virtual machines, for a total of about 4TB. On all sites, the time required to perform the full backup is now between 1.5 and 4 hours, for a total of 4 to 10TB of data and between 20 and 30 virtual machines. The time reduction is invested with our teams who can focus on other more value-added tasks such as managing internal customers’ needs or conducting regular audits,” said Benzid.
By extension, Coficab’s operational teams at each production site also benefit from these advantages, which result in greater peace of mind in the event of unavailable IT services and the resulting business interruptions. Finally, with its new optimised backup architecture, Coficab also ensures that it meets the high product quality requirements of its end customers, namely cable companies.
Building on the success of the redesign of its backup architecture, Coficab is already considering the next step, as Benzid explains: “We are currently studying the value of setting up cross-site backups or adopting an Infrastructure- As-a-Service to regionalise our backup. One thing is certain: the next improvements we will make to our system will be based on Veeam solutions, with the Veeam Cloud Connect and Veeam Backup for Office 365 solutions as the 2020 outlook”.

Results
• Successful standardisation of the backup architecture from an initially distributed and complex infrastructure
By moving from the old backup architecture distributed across multiple sites to a single, centralised backup solution, IT teams have gained in daily management time and efficiency, while saving money by optimising the purchase of backup licenses.
• 90% reduction in backup windows
On all sites, the time required to perform a complete backup of virtual machines is now between 1.5 and four hours, for a total of four to 10TB of data and 20 to 30 virtual machines. This represents an essential saving in time and backup performance for Coficab’s business, whose production is entirely IT dependent and suffers direct losses with each persistent failure.
• More effective backup for the benefit of internal IT and operational teams and end customers
The ‘Umbrella’ architecture, made possible by the capabilities of Veeam solutions, allows resources to be allocated centrally for greater efficiency. Benefits that directly impact IT teams by providing them with greater peace of mind and less pressure on a daily basis. By extension, production teams and end customers also benefit from these improvements.