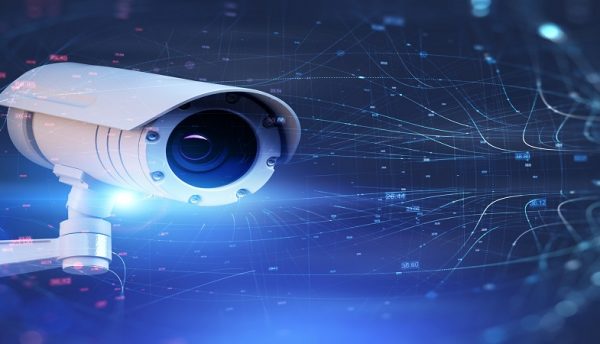 One way for a bank to ensure its success is to provide good security. Customers want to know their money is in safe hands and employees want to feel protected. That’s why Afriland First Bank, the first bank network in Cameroon, monitors its 40 branches from its headquarters in Yaoundé. Having real-time visibility of all locations means its team can quickly handle any situation and keep its employees, customers and their money safe.

In Cameroon, video cannot be accessed at distant sites due to network bandwidth limitations. This means that real-time monitoring is not always possible.

Jean-Paul Yamcheu, Director, Information Systems, Afriland First Bank Cameroon, said: “When we started our first video surveillance project, we struggled with insufficient bandwidth. We have 350 cameras across the country and the video loads were quite heavy. We were forced to store the images locally and then export them to storage during off-peak hours. This limited the effectiveness of our security personnel at the Yaoundé headquarters, who were only alerted to incidents after they happened.”

Incidents at the branches are not limited to physical security cases. The most recurring problem stems from clients who dispute the legitimacy of transactions. Having immediate access to the video evidence is essential to solving these cases and disproving any false claims.

“Without a live view on our national operations, the bank was heavily investing in local security guards to monitor each site. When an incident occurred, they would phone our headquarters to report the situation and eventually get the order to intervene. We lacked responsiveness,” said Yamcheu.

This lack of efficiency eventually led Yamcheu to spearhead a bank-wide project focused on automating manual tasks with digital solutions. The first priority was to upgrade the bank’s video surveillance system.

According to Yamcheu, he met with video surveillance specialists to discuss an ambitious project. He wanted to build a control centre at the bank headquarters in Yaoundé. The plan would enable staff to view real-time video from any bank and even zoom in on the details of any situation.

“We were most impressed with the proposal from Sanuna Technologies (ISS Cameroon), the systems integrator that represents Genetec Inc in Cameroon. The Security Centre unified platform was highly recommended for video surveillance and other valuable functionalities. These included maximising our storage capacity to retain video longer than six months and the ability to access all video cameras from the control centre. The system’s ease of use was also a critical element that helps our operators manage incidents as they happen,” explained Yamcheu.

The solution’s ability to reduce the banks’ bandwidth requirements was even more appealing.

He added that: “The Security Centre supports a variety of cameras. These include the most advanced models that compress images and consume less bandwidth. This is absolutely critical for real-time viewing over the national network.”

Guy Hervé Petnga Sandjong, Director at Sanuna, explained: “High bandwidth consumption was the main flaw of the previous video system at Afriland First Bank in Cameroon. The previous cameras recorded in MJPEG, a format that requires 6000 to 8000 times more bandwidth than the H.264 cameras managed from the Security Centre.”

With Security Centre, each camera generates an H.264 video stream of 300 Kbps. When multiplied by three to five cameras per branch, the load becomes manageable on Cameroon’s national network which offers a speed of 2 Mbps to 10 Mbps between cities.

To ensure proof of concept (PoC), the bank carried out a six-month pilot project. The Security Centre was installed at the Douala branch and the headquarters in Yaoundé. In addition, Sanuna also implemented Genetec Cloud Archiving, speeding up installation and minimising costs. Not only was the project successful, but the bank felt confident knowing its new video surveillance solution and other business applications were performing optimally on the same network.

Monitoring all sites from one location

Today, security staff monitor nearly 400 cameras on five screens at the control centre in Yaoundé. An eight-person team operates 24 x 7, scrolling through video, zooming in on suspect situations and intervening if necessary. All video is recorded on 12-Terabyte NAS devices, providing about fives years of archive retention.

“The video is monitored from our headquarters and everyone knows it. This encourages our employees and customers to be more vigilant regarding security and compliance,” added Yamcheu.

Real-time video surveillance has even made it possible to optimise the branches’ operational efficiency. “When we see that a branch is getting busy, we can now call local management and ask them to put more agents at the counters.

With the new security platform, the bank continues to enhance the quality of service at its branches, to benefit both employees and customers. 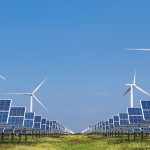 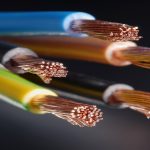