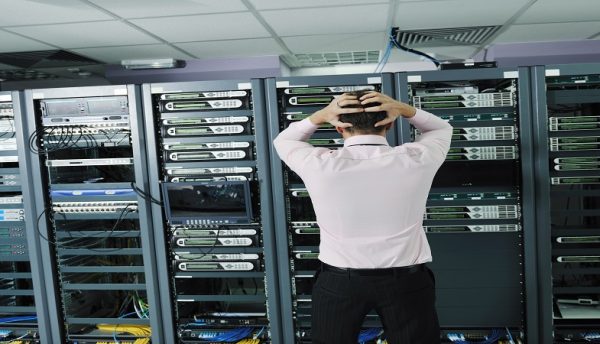 First National Bank (FNB) is the oldest bank in South Africa and one of the country’s ‘big four’ financial institutions. As a division of FirstRand Limited, a large financial services conglomerate, which trades on the Johannesburg Securities Exchange (JSE) under the symbol FSR, FNB is also listed on the Botswana Stock Exchange (BSE) under the symbol FNBB and is a constituent of the BSE Domestic Company Index.

Eugene Pretorius, CIO, Infrastructure and Security Services at FNB, was tired of the blame game. Every time FNB experienced a service disruption or dip in application performance, fingers would point at the networking team.

“The network doesn’t discriminate. It’s either working or everything is down. It’s not going to pick and choose things to disrupt,” said Pretorius. “But whenever something went wrong, the network was always blamed.”

In these circumstances, representatives from FNB’s network, data centre and server teams would gather in a ‘war room’ to troubleshoot the issue. It would take hours-sometimes days-to find a solution. And many times, a root cause was never identified, leaving the distinct possibility of problem recurrence and the blind troubleshooting that followed.

“It was clear we needed better visibility in the data centre. We needed the ability to see exactly what was happening, where it was happening and why,” he recalled.

“The game changer,” as Pretorius calls Cisco Tetration, has indeed altered the playing field on which FNB competes.

From blindness to 20/20 vision

FNB was the first company in the world to adopt Cisco Tetration, which is now installed on half of the bank’s servers, including its DNS and Active Directory systems. Pretorius, a self-described ‘nerdy, hands-on CIO,’ has become a power user and explained that Tetration is his favoured tool whenever problems occur.

“If something goes down, we immediately use Tetration to see what’s happening. We have very large, very complex applications that have been around for decades, and Tetration shows us things we’ve never seen before. If an IoT device is misconfigured or if a server is in distress or an endpoint is causing issues, we can immediately see it and isolate the problem,” he said.

Anomalies and outages that used to take a roomful of specialists and tens of hours to troubleshoot are now characterised in minutes using Cisco Tetration, which is integrated with Cisco Nexus 9000 Series switches.

Pretorius added that the network has rarely been the culprit of such problems. In one case, a DNS issue was quickly exposed. In another, a failing front-end web server was easily detected. And in a situation that would have otherwise proven baffling to FNB’s IT staff, Cisco Tetration pinpointed a user-generated query that had been running for 197 hours inside a data warehouse, slowing down the entire environment.

“We never would have been able to see or understand these problems without Tetration. It’s the only tool in the world that can show what is happening across the network, application and server planes all on one screen,” he claimed. “Tetration gives me 20/20 vision in the data centre.”

In addition to better data centre visibility, Cisco Tetration-along with an entire suite of Cisco security products, has dramatically improved the bank’s cyber defences. Like all of South Africa’s big four banks, FNB is under persistent, multifaceted attacks by cybercriminals and malware.

“All of our Cisco security products are tightly integrated, giving us multi-layered protection from the core to the Edge,” he said. “Stealthwatch identifies anomalies, ISE immediately quarantines them and then we use Tetration to get an incredibly detailed picture of what happened and what was affected. In the past, we had to comb through firewalls, hundreds of logs and dozens of network devices just to get a fraction of the picture.”

With Cisco Tetration working in concert with Cisco security products, FNB’s malware infection rate has dropped from 9% to 0.1%. Whereas the bank used to have thousands of infected endpoints at any given time, Pretorius pointed out that FNB now has less than 100 compromised machines on average.

With vastly improved troubleshooting and security, Pretorius and his team are now working to enhance the automation and compliance reporting of FNB’s three data centres. Key to those efforts are Cisco ACI, the industry’s leading software-defined networking (SDN) solution and Cisco Network Assurance Engine or NAE, a comprehensive intent assurance solution that mathematically verifies the entire data centre network for correctness.

“Cisco ACI will help us automate our processes, enforce network and application policies and segment our data. Once ACI is fully installed, Cisco NAE will give us assurance and show compliance, which will stop auditors from running scripts in our environment,” he explained.

Cisco ACI will also help FNB move to a DevOps model of continuous application development and deployment. Instead of working two weekends every month-in the middle of the night-to implement changes and deploy new applications, Pretorius’ team will be able to do so at any time, without disrupting service availability.

“In addition to security, visibility and availability, Cisco technologies give all of us the ability to sleep at night. And ever since Tetration was launched, not a single outage has been blamed on the network,” he said. 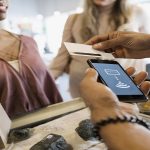 What consumers expect from holiday shopping in 2020