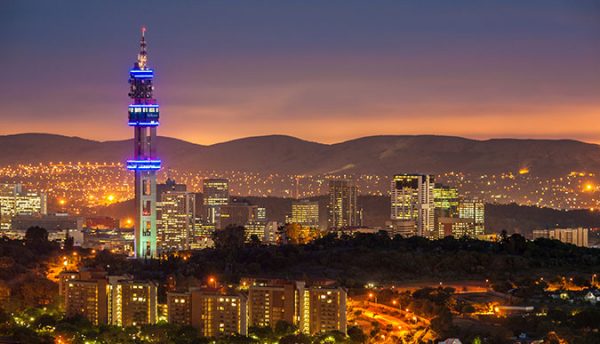 Datacentrix has assisted local engineering firm, Zutari, in successfully reorganising and relocating the company’s data centre within a four-day period. Stephan Botha, IT Operations at Zutari, discusses the seamless transition and how it has managed to future-proof its environment.

COVID-19-related complications forced Zutari to place a hold on the relocation, originally planned for earlier in 2020. The company was able to resume its plans in July last year, but the project now had to be completed within a very short timeframe to expeditiously vacate the previous office space.

There was no formal tender process for this project, said Stephan Botha, IT Operations at Zutari, but the company raised the discussion with several vendors and ultimately opted to partner with Datacentrix. “We have built a strong relationship with Datacentrix over the past two years, and knew that it could bring the requisite technical expertise, with a proven track record in relocating data centres. Other contributing factors included cost-effectiveness and a detailed pre-move preparation plan.

“Essentially, we ended up with a four-day window within which to relocate the data centre, including backup power equipment, to the new offices. This time pressure was considerably eased with the amount of preparation completed by Datacentrix beforehand, which incorporated rack consolidation – decommissioning old and irrelevant kit so that the number of racks to be moved was halved – and the general reorganisation of some technology,” said Botha.

“We worked hand-in-hand with Zutari to complete a lot of the leg work beforehand, holding regular workshops with the client ramping up to the move,” said Deon Insel, Senior Account Manager at Datacentrix. “Having started discussions early in 2020, prior to lockdown, we were well prepared for execution when the time came.”

The way in which the move of the data centre was undertaken specifically was a tremendous time-saver, continues Botha. “This is where the real magic came in, with complete racks being moved as opposed to taking the equipment apart and then reassembling on the other side.”

From an enterprise infrastructure perspective, Datacentrix ensured that all backups and archiving were completed prior to the move. Further, the organisation completed a network redesign for greater redundancy, including the devising and deployment of an enhanced Wi-Fi setup, as well as cabling.

From a technology perspective, the move was seamless, with users experiencing no disruption whatsoever. In addition, Zutari has seen improvement to network stability as well as greater consistency in operations, even though the new building is not as yet completed, said Botha.

“The project was very competently deployed and will serve Zutari well into the future. We have built a close relationship with Datacentrix over the past few years and find the company to be an exceptional partner, one that we use as often as possible and will continue to do so.”

“The complexity of these projects is often only visible to business when they go wrong,” said Insel. “The fact that Datacentrix continues to deliver these in a way that appears seamless to our clients is a testimony of our strong technical capability across multiple platforms, vendors and disciplines.”

Intelligent Data Centres caught up with Stephan Botha, IT Operations at Zutari, to find out more about the success of the implementation.

What was the driver behind the decision to relocate the data centre?

The data centre was located in our Lynnwood offices, situated in Pretoria, South Africa. Due to the fact that we were relocating, it was necessary to also relocate our data centre as well. The result of this was the need for a data centre at our new head office in Riverwalk.

How does the new data centre location allow the company to thrive and maintain a competitive edge?

This resulted in a collaborative effort from Datacentrix and our infrastructure team to ensure we only relocated what was needed and required for the future. With cloud technology and virtual environments, this was fairly easy to accomplish. We ensured that the correct hardware was in place to achieve this. With the new hardware, we were able to decommission old servers and reduce the amount of legacy equipment.

Within our current environment, there is room for upscaling without the need to purchase any additional hardware, making our current setup fit-for-purpose and fit for the immediate future.

As we know, in IT, technology continues improving on a daily basis, and with the current setup, changes can be made fairly easily with limited impact on the current production environment.

How seamless was the transition and how did Datacentrix enable this?

The transition was very much seamless. We basically had four days to complete the physical transition from the old data centre to the new data centre.

Fortunately, with the help of Datacentrix, we were able to start the process early with the project, and Datacentrix did a complete audit of our environment – hosting as well as networking. This audit allowed us to plan the relocation properly, as well as assisting with what would be needed when relocating and what could be disposed of. It also allowed us to make improvements as part of the relocation, allowing us to future-proof our environment.

The audit allowed us to do a server consolidation ahead of the relocation, reducing the impact to the business and decreasing downtime required.

The recommendation was to relocate the complete racks that were already consolidated beforehand to the exact specs for the new data centre. This was a bit of an unknown for myself and the team, as with previous relocations this had been done piece by piece and not as a complete unit. We put our trust in Datacentrix as it has the expertise and has done this many times.

Proper planning was done by Datacentrix, with site visits ensuring the relocation routes of the racks, the access at both data centres, what was required and, most importantly, ascertaining whether the lifts would be capable of handling the load.

All of this was done well in advance, providing us, the customer, with peace of mind.

This made the day of relocation seamless: we started at 08:00 on the Friday morning, and by 16:00 in the afternoon on the same day, all server racks were located in the new data centre, the only outstanding task was powering up the environment to ensure all was working as expected.

This was a challenge, as part of the relocation required moving the existing UPS environment as well. Again, Datacentrix did the job well, dismantling the UPS environment, relocating it to the new offices, configuring and setting it up, and ensuring there was uninterrupted power for the data centre in case of power failures.

Power to the data centre was restored on the Friday at around 21:00. A decision was made to do a full power cycle on the Saturday morning.

By midday Saturday, all equipment was in place and powered on, allowing my team to do proper testing, ensuring that everything was working as needed.

The data centre relocation was completed by the Saturday, with all service restored to full functionality, thanks to the expertise of Datacentrix and the awesome infrastructure team behind me.

What business benefits have you seen since relocating?

With the current pandemic, our business requires the ability to work from wherever needed.

With locations across South Africa and Africa, it is crucial that our data centre is accessible 24/7/365. With the successful relocation and streamlining of our environment and great partners, this is a reality for us.

We have not lost a day of connectivity or operations across our offices during the challenging year, allowing the business to successfully demerge and rebrand to be the Zutari we need to be for our clients and the future.

It has also ensured that we meet our targets for our clients and deliver as promised.

Having Datacentrix as a technology provider gives us peace of mind for the now and the future.

Mapping your digital pathway: The power of thinking outside the box in unusual times 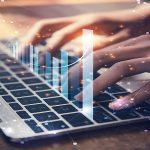 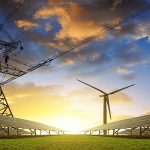