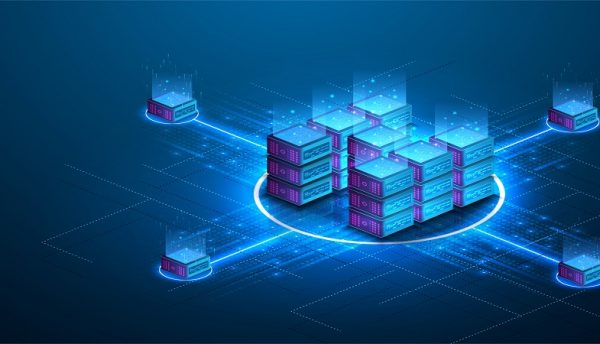 Data centre infrastructure (DCI) is the convergence of IT and building facilities functions within an organisation. Industry experts share with Intelligent CIO how CIOs in the region can succeed and optimise their data centre operations.

The goal of data centre infrastructure (DCI) is to provide administrators with a holistic view of a data centre’s performance so that energy, equipment and floor space are used as efficiently as possible.

Sevi Tufekci, Director, Sales Engineering Emerging Markets, EMEA, Citrix, said: “In the Middle East and Africa (MEA) market, we observe that many customers are developing their existing capacities to fulfil Business Continuity needs and move some of their services to the cloud. Hosted data centres have become the model of choice for small to mid-size companies.

Tufekci pointed out that CIOs can minimise the data centre footprint by using hyper-converged infrastructure (HCI) and rely on cloud-based applications and virtual desktops delivery instead of high-end PCs with high energy needs.

Paulo Pereira, Senior Director, Systems Engineering, METI at Nutanix, said in order to optimise their data centre space and cost, CIOs should be looking at the use of hyper-convergence as the foundation of their data centres. “For several years some big IT vendors have minimised the capabilities of HCI and continued to do it until they were able to come up with their own HCI offering,” he said. “There is no denial that HCI represents a major leap in the architecture of the data centre offering unmatched benefits. It is time to stop listening to the noise and start digging deeper into the benefits, compare solutions, test them and see first hand how much your organisation would benefit from this.”

Pereira added that HCI converges the entire data centre stack, including compute, storage, storage networking and virtualisation. “Complex and expensive legacy infrastructure is replaced by a distributed platform running on industry-standard commodity servers that enables enterprises to size their workloads precisely and to scale flexibly as needed,” he said.

Antoine Harb, Team Leader, Middle East and North Africa at Kingston Technology, said in the coming years, capacity planning will no longer be just a process aimed at forecasting hardware needs. “It will be the key to understanding and optimising the cost of running business services through platform selection,” he said. “In the past the IT infrastructure and operations professionals were given the choice of platforms for running an application or business service. This traditional approach is no longer acceptable because it is component and not business service-oriented, and it doesn’t take costs and value into consideration.”

According to Citrix’s Tufekci, the top challenges in the data centre space include: burgeoning costs related to operational overheads, high maintenance cost, end-to-end monitoring and capacity issues. “Ensuring a secure network, especially with the evolving and growing threat landscape is critical for data centre administrators and IT teams,” she said. “Maintaining high availability with minimal downtime and the development of intelligent data centres to support current and future technologies still pose a challenge for CIOs.”

That said, Tufekci pointed out that due to the many advantages, HCI would be in high demand in 2021. Similarly, added Tufekci, NVMe storage compatible with legacy servers will be sought after as organisations look to ramp up their capacities to meet the rising demand.

Pereira explained that HCI converges the entire data centre stack, including compute, storage, storage networking and virtualisation. “Complex and expensive legacy infrastructure is replaced by a distributed platform running on industry-standard commodity servers that enables enterprises to size their workloads precisely and to scale flexibly as needed,” he said. “Each server, also known as a node, includes x86 processors with SSDs and HDDs. Software running on each node distributes all operating functions across the cluster for superior performance and resilience.”

Pereira said by converging the entire data centre stack into multiples of a single physical unit that is a server, it simplifies the data centre to the maximum. “All that you need to build a data centre is an Ethernet switch and nodes. Setting up such a data centre is extremely fast and adding capacity is simply performed by adding more nodes, at any time, without the need to touch any other infrastructure,” he said. “The scaling is linear and unlimited and it offers superior performance and resilience. Given that all of this is 100% software-driven it also provides unlimited flexibility to add capabilities in the future.

With all of this in mind, without any doubt, hyper converged infrastructure should be the foundation for new data centres.”

Pereira explained that converged infrastructure on the other hand is just legacy infrastructure re-packaged by vendors to appear friendlier, but given that it is built out of the same legacy architecture used in older data centres, it comes with all the same limitations: difficult to build, operate, upgrade and scale.

According to Harb, Saudi Arabia has strong fibre connectivity in the Middle East that is connected to several parts of the world. “Due to higher demand from Internet users to access fast Internet connections, Saudi Arabia is investing into expanding the instalment of fully functional 5G networks. To reduce latency and enable 5G networks to run fastest, cities are also investing in Edge Computing devices to process most the produced data at its origin, leading to a rapid growth in data centre investments.”

He added that CIOs in the MEA region, should further consider solar power as an important renewable energy. The availability of renewable energy to power data centres is increasing year-on-year (YoY) in the Saudi Arabian market.

With the newest technologies addressing data centre capacity planning in the Middle East and what are the best data centre management tools available to CIOs in the region?

According to Pereira, capacity planning is definitely a hard topic for any data centre manager and a problem that is perfect for the use of Artificial Intelligence (AI). “It is hard to imagine this if the data centre is build out of a legacy architecture where disjoint systems from many different vendors that can hardly communicate between themselves to deliver the basic functions, but when you’re analysing a hyper-converged solution it is fairly easy to understand that all the information you need to make capacity planning is natively on that system,” he said. “Rather than providing that information to the users, Nutanix uses AI to perform automated optimisation, proactive remediation and operational automation. Relevant to the question of capacity planning are the capabilities around automated optimisation, where our Prism Pro solution delivers: capacity behaviour analytics, capacity optimisation and just in time just-in-time forecast.”

Harb observed that one of the major challenges that enterprises are facing now in the Middle East, is the marginal decrease in their capital expenditure. “There are a variety of reasons relating to project delays as the focus on building in-house project management capabilities due to payment delays by clients and availability of funding,” he said. “Other reasons include increased cost of materials, labour and equipment, along with challenges relating to working capital. These challenges have helped the private sector to grow, as most organisations in this vertical have more funding and more budget to spend.”

According to Pereira, using HCI simplifies the physical infrastructure to the maximum and enjoy the benefits of embedded virtualisation. “Further to this, and because not all HCI offerings in the market are the same, in the case of Nutanix, we offer our customers full flexibility in the choice of their hypervisor,” he explained.

Harb added that 5G networks have been a focus topic for several years and massive deployment was expected for 2020 but the pandemic and other reasons have seen more telcos postponed the deployment of 5G networks. “The rise of 5G will involve many other technologies such Big Data, Edge and cloud computing to go along with it, in order to succeed and accelerate the access to the digital world, as consumers have developed an insatiable demand for the digital world.”

Looking ahead, Kingston’s Harb said Middle East CIOs are optimistic as budgets increase and Digital Transformation initiatives expand. However, noted Harb, cybersecurity and risk management will see the biggest increase in spending, but Digital Transformation of businesses is a major driver of investment. “Big investments are required on electrical infrastructure like UPS system generators, transfer switches and switchgears, rack PDUs and other electrical infrastructure

and in mechanical infrastructure like cooling systems, racks and others,” he said. “CIOs will have to be careful on return of investment and budget spending in the year ahead.”

Tufekci said the quick fix for CIOs facing skill challenges is to migrate to the cloud or to hosted data centres. For the long run, the team should be encouraged to add new skills by engaging candidates with new technologies such as virtualisation, HCI and networking. “Most importantly, do not limit teams to maintaining and monitoring their data centre only,” she said.