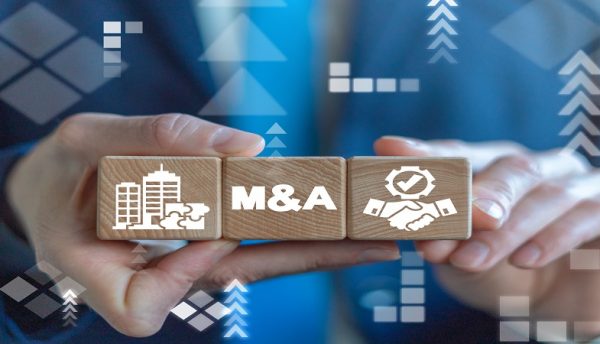 Mergers and acquisitions: Why IT teams should quickly consolidate

When it comes to merger and acquisition (M&A) activity, IT departments and the way consolidation is handled can make or break an efficient transition. Mike Weaver, Technical Product Manager at Quest, specialising in mergers, acquisitions and divestitures, tell us why IT teams need to be at the centre of driving the change at an organisational level in a merger and acquisition.

IT teams have always played a significant role in companies, especially during mergers and acquisitions. They provide and maintain the infrastructure for doing business. The best IT teams keep pace with rapidly evolving technology and are constantly upgrading, refining and defining business use cases for better operations, cost savings and strategic advantage.

Over the years, IT teams have morphed from being service organisations that fix problems to becoming the main drivers of innovation. They’re not just facilitating business. They are often driving the change at an organisational level. It’s why CIOs have become part of the inner circle at companies and many make the jump to CEO.

When it comes to mergers and acquisitions (M&A) activity, IT departments and the way consolidation is handled can make or break an efficient transition.

Mergers and acquisitions impact everybody

Mergers and acquisitions go way beyond just combining resources. It creates new dynamics within an organisation. Employees may be understandably nervous. They worry about their jobs, their roles in a new organisational structure, and whether things will change. It’s a time of uncertainty.

Employees may watch co-workers and friends get laid off as companies consolidate functional areas. They may worry about whether they are next. Motivation often suffers after a merger – especially within the company being acquired. It can be a challenge to keep morale up, maintain employee engagement and keep things moving smoothly.

IT teams will feel all of these emotions and be caught in the middle as well. Unlike other areas in your operation, however, infrastructure touches everything you do. You don’t want your IT team to be worried about their future when you’re depending on them to make critical infrastructure changes as you merge companies and culture. IT teams going first allows them to lead by example.

Face these challenges head-on. The sooner you can align your company’s assets and help everyone understand their place in the new order, the sooner the stress can be relieved. If there are lay-offs or staff reductions, do it as quickly as possible to avoid periods of uncertainty. If roles are changing, people are reporting to different managers or company goals are shifting, be as open and transparent as possible as soon as you can.

Preparing IT for mergers and acquisitions

Early planning for IT, including migration of users and assets, should begin as soon as possible. First of all, IT teams need to have their own system stabilised so they can do the actual migration work. We have seen some really bad scenarios where the team could not communicate because they took their own system down in the project. Because of the potential opportunity for cost-savings and redundancies, it should really be part of the due diligence process.

Planning should look at what needs to be done, but it should also evaluate who is going to do the work. An important factor in M&A is to identify the key players who are going to oversee the merging of IT systems and which players in the new company’s structure will carry out the mission. The last thing you want is for key players to be worried about their position or role when you’re going to need them to carry out mission-critical tasks.

Developing and acknowledging leaders during mergers and acquisitions quickly will accelerate planning and implementation. It increases the likelihood of successful integration. With uncertainty behind them, your IT team can move forward confidently.

Depending on how complex your infrastructure is, there’s likely a lot of work ahead to merge systems. For example, in planning an Office 365 migration, you may be dealing with multi-tenant configurations and decommissioning systems. And, that’s just one aspect of merging your IT systems.

Planning which systems to keep, what data will go where and how much integration is needed before companies are joined will take the bulk of the work. Once the planning is complete, the actual hands-on work can begin.

Consolidate and collaborate as soon as possible

Making decisions about your IT team quickly gives you more time to get organised during mergers and acquisitions. Some of the changes you need to make might take time to implement. The longer you wait on decisions, the longer the transition will take.

IT needs to be ready from day one and can help be early pilots and give meaningful feedback. Merging systems will mean some level of disruption that can impact productivity and in case of a poor planning it can easily lead to data loss or system failures. It’s crucial to minimise that disruption as much as possible. It goes beyond giving employees the tools they need to operate efficiently. Without alignment from IT systems, companies will struggle to see the complete status of their financial situation. They might fail to demonstrate the kind of operational responsibility that they have to maintain.

With Office 365 installed as the standard in many businesses, the consolidation of tenants quickly is a key factor in a successful integration. Companies need to be strategic about handling this consolidation rather than reactive. One of the keys is the data collection process:

It’s also important to manage software licences for compliance and use. A recent analysis of a database of 3.4 million Office 365 users revealed that 18% of the licences were unused or unassigned. That represents approximately US$150,000 wasted in an organisation with 10,000 users. In M&A, licence management is often overlooked but can lead to significant savings.

In a merger or acquisition, it will also be critical to quickly set delegation and policy management parameters.

Managing a successful merger or acquisition

From CIOs to IT teams, system admins to security managers and migration and acquisition technical leads, planning an effective merger will take a team effort. The sooner consolidation happens, the more successful your migration will be.