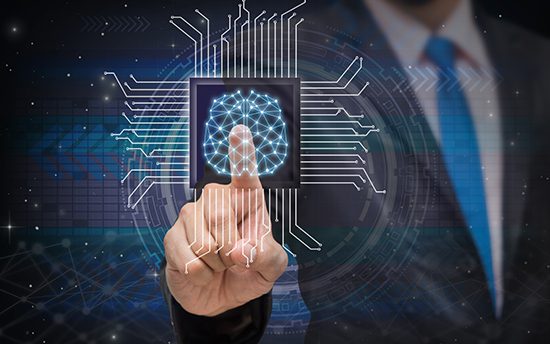 Research has been released from Accenture (NYSE: ACN) revealing that Artificial Intelligence (AI) could double annual economic growth rates by 2035 by changing the nature of work and spawning a new relationship between man and machine. The impact of AI technologies on business is projected to boost labour productivity by up to 40 percent by fundamentally changing the way work is done and reinforcing the role of people to drive growth in business.

“AI is poised to transform business in ways we’ve not seen since the impact of computer technology in the late 20th century,” said Paul Daugherty, chief technology officer, Accenture. “The combinatorial effect of AI, cloud, sophisticated analytics and other technologies is already starting to change how work is done by humans and computers, and how organisations interact with consumers in startling ways. Our research demonstrates that as AI matures, it can propel economic growth and potentially serve as a powerful remedy for stagnant productivity and labour shortages of recent decades.”

The Accenture Institute for High Performance, in collaboration with Frontier Economics, modelled the impact of AI for 12 developed economies that together generate more than 50 percent of the world’s economic output. The research compared the size of each country’s economy in 2035 in a baseline scenario, which shows expected economic growth under current assumptions and an AI scenario, which shows expected growth once the impact of AI has been absorbed into the economy. AI was found to yield the highest economic benefits for the United States, increasing its annual growth rate from 2.6 percent to 4.6 percent by 2035, translating to an additional USD $8.3 trillion in gross value added (GVA). In the United Kingdom, AI could add an additional USD $814 billion to the economy by 2035, increasing the annual growth rate of GVA from 2.5 to 3.9 percent. Japan has the potential to more than triple its annual rate of GVA growth by 2035, and Finland, Sweden, the Netherlands, Germany and Austria could see their growth rates double.

The potential to significantly boost the productivity of labour in developed economies will be driven by innovative AI technologies that enable people to make more efficient use of their time and do what humans do best – create, imagine and innovate new things. The productivity increase dramatically reduces the number of years required for the 12 analysed countries to double in size. This “doubling time” is an indicator of economic development and the results are primarily driven by a country’s ability to diffuse technological innovations into its wider economic infrastructure.

To fulfill the promise of AI as a new factor of production that can reignite growth, Accenture recommends the following steps be taken to help navigate the complexity of issues:

Prepare the next generation – integrate human intelligence with machine intelligence so they can successfully co-exist in a two-way learning relationship and reevaluate the type of knowledge and skills required for the future.

Encourage AI-powered regulation – update and create adaptive, self-improving laws to close the gap between the pace of technological change and the pace of regulatory response.

Advocate a code of ethics for AI – ethical debates should be supplemented by tangible standards and best practices in the development and use of intelligent machines.

Address the redistribution effects – policymakers should highlight how AI can result in tangible benefits and preemptively address any perceived downsides of AI, helping groups disproportionately affected by changes of employment and incomes.

“Artificial intelligence heralds dramatic potential for growth for both the economy and for humans,” said Mark Purdy, managing director – Economic Research, Accenture Institute for High Performance. “Our research strongly shows that AI can unleash remarkable benefits across countries, countering slow economic growth and lagging productivity. To fulfil the promise of AI, relevant stakeholders must be thoroughly prepared – intellectually, technologically, politically, ethically and socially – to address the benefits and challenges that can arise as artificial intelligence becomes more integrated in our daily lives.”

Digital trust in the IoT era 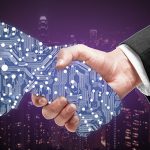 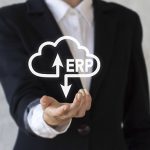