When Amit Zavery laid out the Oracle Cloud Platform roadmap at Oracle OpenWorld on October 2, one of the first themes he focused on was keeping that platform “open.”

“This is something that we really believe is important,” said Zavery, senior vice president for Oracle Cloud Platform.

Zavery emphasised that Oracle’s application development, integration, management, and other platform services are built around open standards, including those for emerging technologies such as blockchain, machine learning, and chatbots. Oracle enhances the best open source innovations with tools for management, security, development, and high-performance infrastructure that companies need to put them to practical use.

Here are just five areas that Zavery noted in which Oracle Cloud Platform delivers on the open promise.

Containers are becoming a go-to option for software developers to build and deploy applications, but developers don’t want to be locked into one cloud based on their development platform. Oracle is giving them a platform to manage containers and microservices on true open source standards, not forked proprietary versions.

The new Oracle Blockchain Cloud Service is built on Hyperledger Fabric, the open source effort led by the Linux Foundation to spur cross-industry blockchain standards. Blockchain is a cloud-based distributed ledger that can be used in business-to-business partner ecosystems for more secure transactions and data sharing.

Zavery’s Platform-as-a-Service (PaaS) roadmap session demonstrated how blockchain could help supply chain partners share select application data to speed the product recall process. The blockchain service will let companies do trusted real-time information sharing, having the effect of extending their applications beyond an enterprise’s own walls.

Oracle’s new bot-building capability, part of Oracle Mobile Cloud Service, includes built-in links to third-party channels, including the Amazon Alexa and Google Assistant voice-based assistants, as well as messaging platforms such as Slack, Skype, WeChat, and Facebook Messenger. This capability lets customers build bots once to run on these channels. “You don’t want to have to rebuild your bots every time a new channel comes into play,” Zavery said.

In the broadest sense, Oracle’s platform lets developers choose their technology stack, Zavery said. It supports languages such as Python, Ruby, and Node.js, not just Java apps, as well as MySQL and NoSQL databases such as Cassandra, not just Oracle Database. In its big data platform, Oracle supports Hadoop, Spark, and Kafka as fully managed cloud services.

Open doesn’t mean undifferentiated, however. Zavery noted that Oracle Cloud Platform gives companies the tools to put these industry standard technologies to practical use: the governance, security, and management, as well as the high-performance infrastructure and easy-to-use interfaces.

In addition, Oracle makes sure companies are ready for the big idea that’s sure to come next. Said Zavery: “We have a technically unified and proven PaaS offering, completely based on open standards, delivering continuous innovation.”

How do you verify fibre for European regulations? 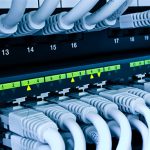 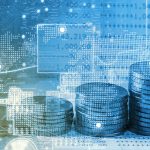