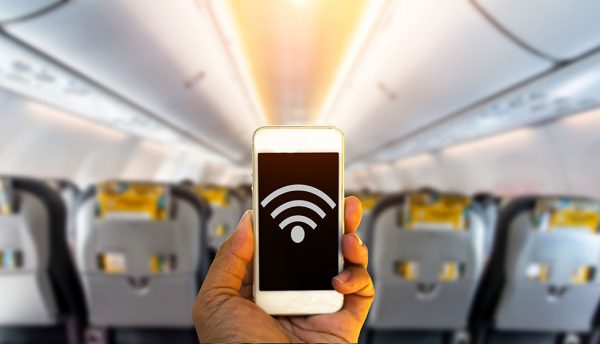 Fifteen EL AL aircraft have been outfitted with Viasat’s latest equipment, providing high-speed connectivity to EL AL’s mix of Boeing 787 Dreamliners, Boeing 737-900 aircraft and Boeing 737-800 planes. By mid-2020, EL AL expects to have the majority of its fleet connected with the Viasat service.

Recently, EL AL held its ‘inaugural high-speed Wi-Fi service flight’, which flew from Tel Aviv to Paris on one of its new Dreamliner aircraft. There were 128 devices connected — many that were streaming movies, videos, music and even the World Cup semi-final. More than half of the passengers were filming and streaming videos — some via Facebook Live, while others were capturing and uploading videos and pictures of their journey, which they posted to multiple social media sites from Facebook and Instagram to Twitter.

“Israeli passengers want to keep up to date and connected in real-time even when in the air,” said Nimrod Borovitz, Director, Strategy and Business Development at EL AL Israel Airlines. “We invested in the most advanced in-flight Wi-Fi product from Viasat so that we could best respond to our customers’ interests, from surfing sites, connecting to emails, using apps, viewing social media networks, listening to music and streaming movies and live sports during flights. EL AL chose Viasat’s in-flight Wi-Fi system because they had the most advanced product.”

Viasat is recognised as one of the world leaders in satellite communications and a leading in-flight service provider. The company’s in-flight Wi-Fi system will offer passengers the highest-speed Ka-band connection which gives EL AL passengers the ability to stream more Internet content – faster, as well as keeping flight crews connected for enhanced passenger service. When flying on TransAtlantic routes, the system will connect to the ViaSat-2 satellite, which has the most Ka-band capacity over the Atlantic Ocean, giving passengers a high-performing Internet connection from across North America and the Atlantic Ocean, to Europe. Specific to European flights, the Viasat service will connect to the KA-SAT satellite through its European joint venture with Eutelsat, which offers more capacity over Europe than any other communications satellite.