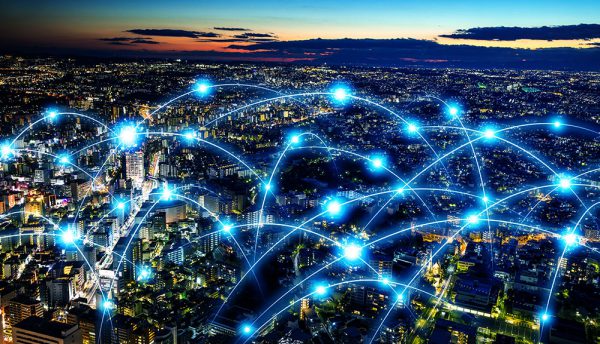 The telecommunications industry in Portugal is fast developing and companies are embracing new IT services such as Vodafone Portugal’s ‘V by Vodafone’ IoT solutions and NOS’ first ever TV app for children. Telecom companies are developing the consumer market and enhancing business opportunities with such technologies.

Vodafone Portugal has announced ‘V by Vodafone’, a new category of IoT products that have the main goal of transforming the lives of the Portuguese people, making their everyday life more productive. Vodafone thus becomes the first operator in Portugal to provide a range of IoT technology solutions for the end-user.

Through V by Vodafone, the ‘world of things’ will be converted into intelligent and connected items, managed through a single app from which customers can control all their IoT devices. In this phase, Vodafone is focusing on safety in mobility and localisation, and has unveiled four products:

V-Auto: This device was designed by Vodafone Automotive, in Italy, and is connected to the car’s OBD socket (a standardised socket which is in all cars sold in the European Union from 2003 onwards). Once installed, V-Auto is powered by the car battery and is always linked to Vodafone’s mobile network, adding the following functionalities:

– Auto SOS: in the event of an accident, the driver is immediately contacted by the assistance
services. If the phone is not answered, the closest emergency services are deployed, and support is
sent to the accident location. The Auto SOS function was designed in response to the safety
regulation imposed by the European Union for new cars sold from 2018 onwards, to guarantee this
system is available for millions of older vehicles that do not have this technology installed
– Find my car: allows car owners to locate their vehicle immediately using the V-Auto app on their
smartphone
– Safety score: awards the driver a score depending on their driving. Ideal to help new drivers or less
experienced drivers improve their driving

V-Cam: A HD camera that functions while you are on the move by automatically connecting to the Vodafone IoT network. It has automatic movement detectors and night vision, as well as being able to save the videos it records on the cloud. Its battery lasts approximately one month and is ideal to monitor holiday homes.

V-Pet: A device that allows you to locate dogs and/or cats through a combination of GPS and the mobile network. Smartphone alarms can be received when the pet goes outside a defined safety zone. Furthermore, the pet’s activities can be monitored, registering how many minutes per day it spends sleeping, running and even playing.

V-Bag: A device with a GPS locator for any kind of bag, such as a travel bag or backpack, helping to reduce the risk of theft or loss. Customers can set up a smartphone alarm to be notified if the bag leaves a designated area, or to find it if it has been lost.

Management of the V by Vodafone range using a single application

To back up the launch of this new range of products, tailored to meet the increasingly specific needs of the customer, a SIM card called V-SIM has been developed specifically for the IoT equipment. As well as guaranteeing the connectivity of all the V by Vodafone range of products, it is also compatible with other devices that use Internet of Things technology.

The V by Vodafone mobile app was developed to manage V-SIM, making the process to subscribe for and manage all the devices with IoT connections more immediate and faster. As well as guaranteeing a single overview of all the products on a single digital platform, it simplifies the consumer’s life by making it possible to link any IoT device to your Vodafone account, meaning you do not have to subscribe to the respective service for each device used.

“The Internet of Things has transformed how companies operate. Now it’s the consumers’ turn to take advantage of this technology. V by Vodafone simplifies the use of a vast array of IoT devices, helping all Portuguese do everyday tasks in a more intelligent way,” said Emanuel Sousa, Private Business Division Director of Vodafone Portugal.

It is estimated that there will be more than 370 million IoT electronic devices in the areas where Vodafone operates by 2020 in the consumer market alone. These devices can be linked to one another using the mobile network. Today there are around 50 million such devices.

“This exponential growth will lead to a drastic change in how people manage their everyday lives. Vodafone is the world leader in this technology in the business segment and now it will leverage its know-how to enable thousands of consumers to get the most out of the next global digital revolution,” added Sousa.

The strategy underpinning the launch of V by Vodafone is a continuation of the work carried out by the business segment in the IoT area. The Vodafone Group is a world leader in the development and implementation of solutions using this technology, having now surpassed 60 million connections.
The current V by Vodafone products and services will be boosted with new products in the areas of safety in mobility and localisation by the end of the year. New fields of action will also be addressed, namely ‘smart home’, which will be launched at the same time.

Vodafone is not the only Portuguese telecoms provider to have introduced a new enhancement to its technology. The first TV app, developed with children in mind and to accompany them wherever they go, has arrived – the NOS Kids App. Available for Android and iOS and soon on the web, the new NOS app enables thousands of films, series and other children’s contents to be accessed in a secure and user-friendly environment.

Now, all children’s contents available from NOS can be found on one application. Easy to use and with an interface adapted to a children’s audience, from nursery age to 12-year olds, the NOS Kids App fosters standalone use by children while giving peace of mind to parents by delivering access to contents with language and messages that are appropriate to young people of these ages.

In order to ensure a personalised and controlled use of the app, the parents set up their children’s Kids profile on accessing it for the first time (a profile can be set up for each child), by defining a username and associating an avatar. The app also asks that parents give the dates of birth of their children and the age classification of the contents to be shown to the child. NOS can thus ensure that the environment and contents of the Kids area allows the children to enjoy a unique and personalised experience in a secure setting.

With an eye-catching and intuitive interface, the NOS Kids App uses icons to allow for ease of use, particularly for children who don’t yet know how to read. Access to paid contents is only possible using a PIN code set up by parents, as is the case for renting and buying films from the Video Club.

Using this new application, children can access thousands of cartoons from children’s channels shown over the most recent week, Video Club films or subscribed content packs such as NOS Play, Mini NOS Play and Disney on Demand. If they haven’t finished watching a programme, they can come back later and watch it from where they left off, while they can also mark programmes that they have not already seen.