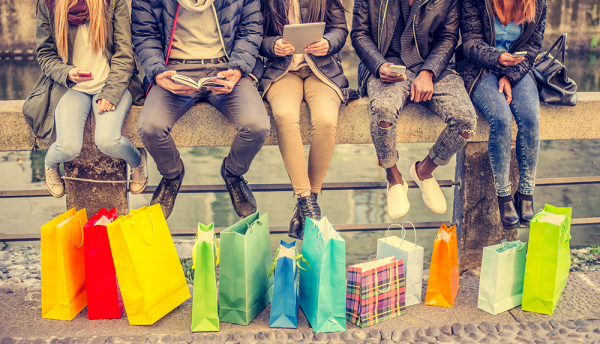 The evolving role of the retail CIO: Key to keeping retail doors open

Intelligent CIO Europe hears from Simon Weeks, CEO of Maginus, who gives his opinion on the developing role of the Retail CIO and how they can evolve and keep up with the digitised consumer retail experience of today.

Online shopping is booming and is working towards becoming more popular than shopping in-store. The British Retail Consortium has identified that since around 2014 and 2016, in-store year-on-year sales growth has been dramatically declining, whilst the online penetration rate steadily grows. For example, online sales of non-food products has nearly doubled over the past five years (owning just 11.6% of the market in December 2012 and up to 24.1% in December 2017). This huge change in the retail landscape has required a monumental shift in the thinking and strategy of C-Level Executives in retail organisations. As this sector continues to battle to keep up with the online revolution, studies have found that the retail CIO continues to take a back seat role focused on running the IT infrastructure and helpdesk. However, in an environment now dominated by technology, the CIO must shift their focus to that of ‘business enabler’ so that they use their unique digital expertise to power forward-thinking business strategy and innovation.

This article will look into the evolving role of the Retail CIO and what they can do to help supercharge a more digital-first business by influencing strategy. This can help solidify their role as a member of the C-Suite, rather than just a background role that reports into the board, and even pave the way towards them becoming a future Retail CEO.

The evolution of the retail CIO

The role of the CIO has evolved tremendously over the last decade, alongside the growth of technology in the business from a gimmick, to a nice to have, to an absolute necessity that empowers competitiveness, innovation and ultimately, profit. This has meant that in many sectors, the CIO has shifted from being a traditional non-leadership IT role that focuses purely on just running the IT helpdesk and providing internal customer service to technology users.

The modern CIO is more likely to have responsibilities more wide-reaching than IT and doesn’t just need technical know-how but must also be able to contribute to corporate strategy. The role is changing so much that 70% of CIOs interviewed by Forbes claimed that because of the importance of technology to the business and the fact that the CIO is becoming so involved in the organisation’s strategy, that there is an increasing chance their next promotion will see them become a CEO. This is a big step for a role that in the past didn’t even report into the CEO, rather working under the CFO or COO.

The modern, successful and strategic CIO requires a different mindset to the traditional helpdesk-focused CIO. Yet, according to Garter, the retail-based CIO specifically gravitates more towards this traditional side. They are less likely to have responsibilities outside of the core IT structure than CIOs operating in other sectors, with just 22% of retail CIOs having responsibilities relating to digital sales and e-Commerce and only 16% relating to business strategy. This is surprising and somewhat worrying as in today’s tumultuous retail landscape, an innovative and knowledgeable CIO can act as a digital driving force in the retail business, pushing the organisation towards digital success.

The CIO as a key to retail success

In digital-first retail organisations, the CIO should be seen as an enabler of success. The CIO can push forward innovative ideas by being dynamic, articulate and persuasive. This is particularly important if the CEO, or other members of the board, are traditionalists or reluctant to move away from what has been successful in the past. Unfortunately, by and large, being a traditionalist in retail is not a successful strategy today as retail is fast-moving and requires organisations to have a very high level of flexibility in order to stay ahead and remain competitive.

In order to persuade the board to embrace new ideas, the CIO should have an in-depth understanding of all relevant technology out there, as well as the business’ specific strategy and requirements. They can then advise on the art of the possible, choosing the right solutions that can enable their business to succeed in a unique and innovative way – every retailer is different and an important way to stay competitive in today’s overcrowded online market is to be doing something different and innovative.

A great way for the CIO to stay ahead is to take inspiration from retailers with a successful digital strategy, while ensuring that they remain unique in their approach. A great example of a digital success story is boohoo.com, as its targeted, digital-first strategy has led to a 24 fold sales growth from 2011 to 2018. Strategies to take note of include: engaging with customers via social media, not just through posts on the likes of Twitter and Instagram, but also through more personal direct messaging in WhatsApp. The company encourages commerce through content on its blog which includes articles from influencers as well as fashion tips. Furthermore, it has introduced boohoo Premier which gives buyers unlimited next-day delivery for an annual fee and has developed and enhanced its own mobile app, which makes sense considering that mobile devices account for the vast majority of sessions on its website.

Other key strategies for the innovative retail CIO to take note of include: cloud infrastructure-enabled AI which is increasingly important in ensuring the highest level of customer service, by being the brains behind a successful e-Commerce strategy. As well, the retail CIO should employ more technical staff with creative coding skills who can help fuel unique digital innovations. Finally, they must ensure that they have full visibility over the entire retail process, from the very first point of customer contact online to delivery, which can save money, encourage brand loyalty and makes for a far more profitable business.

Despite many retail CIOs still operating behind the scenes in the business, the importance of having a digital-first retail strategy means that they must take a step forward and provide their expertise and technical knowledge to enable the success of their business. The evolving retail landscape provides an opportunity for the CIO to shine and even work towards their next promotion, putting them in the driving seat as a future Retail CEO. 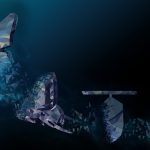 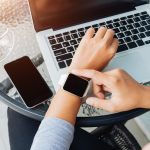