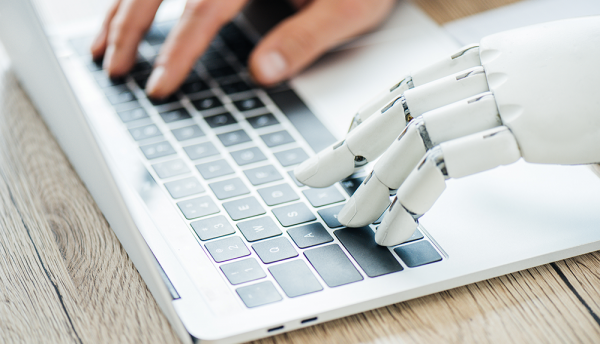 Intelligent CIO Europe hears from Prasad Satyavolu, Chief Digital Officer – Manufacturing and Logistics, Cognizant, who gives his advice on how businesses can integrate robot co-workers into the workplace and reap the benefits of advanced technology.

The role of physical robots is well recorded in the manufacturing industry, although not necessarily in the humanoid forms that frequent our television screens. The recent ‘Made Smarter’ review of British manufacturing argues that digital technologies such as automation could give the sector a significant boost and create thousands of new jobs. The speed of these developments is reflected by the emergence of a second generation of robots, capable of much more than the rigid, single-arm machines often associated with the so-called ‘Fourth Industrial Revolution’.

Smaller, nimbler robots are symbolic of the agility now required of even the longest established manufacturers. They are gaining popularity in businesses of all sizes due to their versatility and ability to generate real-time data. It is easy for manufacturers to become pre-occupied with the potential savings they can bring, costing around US$30,000 compared to US$100,000 for a typical rigid unit. However, simple investment is not enough. Manufacturers should consider a range of strategic factors to successfully induct robots into the business, including everything from data capture to workflow design.

Bigger is not always better

When integrated correctly, these smaller mobile units can amplify people’s skills and strengths to increase workplace efficiency. They are already being deployed across manufacturing organisations, from inserting shock absorbers or cutting meat on a traditional assembly line, to drones acting as the eyes of security officers patrolling a vast container yard.

In doing so, the new breed of autonomous co-workers is freeing up humans to take on higher value work. Researchers at MIT found that human-robot teams working for BMW were approximately 85% more productive than either humans or robots working alone. This can take the form of accelerated time to market for new products, increased sales through increased capacity and line flexibility, or time saved due to shorter product configuration processes.

Just as robots can free up employees to focus on strategy, robots can also be taught new skills. For example, people are now able to use robotic arms to teach other robots how to pick and pack products, enabling them to go far beyond the task they were initially programmed to do. This helps to eliminate rote tasks for humans and gives manufacturers more for their money.

Fitting robots into the data puzzle

Due to the ability of more nimble units to move throughout the factory floor, they are able to collect and share data with different systems, such as those responsible for manufacturing execution and warehouse management. This information can include everything from production line speeds to environmental data including temperature and humidity. These inputs prompt robots to make independent decisions in milliseconds.

Although Artificial Intelligence (AI) used to be confined to narrow dimensions of tightly structured information, the data streams produced and processed by the smart factory are much more diverse. As teams of mobile robots become integrated into a manufacturer’s network infrastructure, AI agents can draw insights from multiple sources to guide robots or humans. Ultimately, this allows them to distil and act upon insights from both humans and robots in real-time.

Bringing your robot colleague on board

Beyond a solid technical foundation, manufacturers should consider a range of strategic factors to integrate next-generation robots into their overall strategy:

Undeniably, the combination of robotic attributes with the experience and dexterity of human workers is a formidable combination set to dominate the manufacturer of the future. As with any change management project, understanding the gaps between the current state and the desired future is critical, before creating a defined roadmap to close them. It is also vital to understand the implications for the human experience and create mechanisms for this feedback to be delivered. Most importantly, manufacturers need to understand that the field of robotics and Machine Learning is constantly advancing, meaning strategies have to be fluid and adaptable. Through human imagination, the establishment of Centres of Excellence and beginning with small pilot programmes, manufacturers can take advantage of this nascent field.