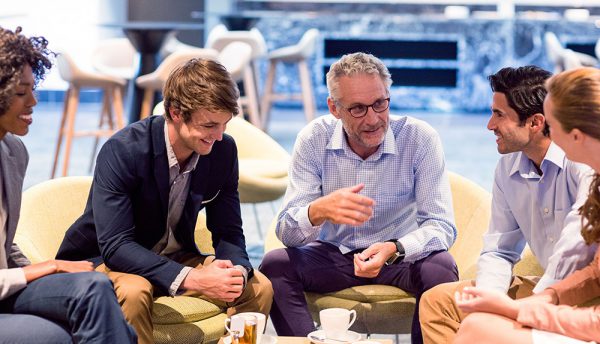 IT experts weigh in on tech trends predicted to shape 2019

It has been another whirlwind year of events in the tech industry – we saw the implementation of GDPR, IBM purchase RedHat, Facebook suffer a major data breach and the MET office’s website crash under pressure, to name but a few. As we move towards a new year we leave the incidents of 2018 in the past and look forward to a prosperous 2019.

With this in mind, Intelligent CIO Europe spoke to several IT experts to find out what technology trends are set to shape 2019. Here’s what they had to say:

Jon Toor, CMO at Cloudian, believes cloud repatriation will increase. He said: “While the growth of the public cloud will remain strong, enterprises will expand their adoption of on-premise private clouds in a hybrid cloud model. This will include repatriating data from the public cloud to avoid the bandwidth, latency and cost issues that can arise when accessing such data.”

Jake Madders, Director at Hyve Managed Hosting, commented: “A lot of industry talk is focused around the biggest cloud players – Google, AWS, Azure – and their next move. But it’s important to take notice of the wider cloud and hosting industry which offers a huge range of highly competitive and innovative solutions, particularly in key areas such as hybrid cloud technology, managed services and security. The UK cloud industry in particular is a vibrant and ambitious sector and 2019 will see more great examples of domestic and international growth. Some UK cloud businesses are taking their ambition directly to the home markets of the biggest global players by expanding to the US. And whatever the uncertainties around Brexit, the domestic cloud and hosting markets will continue to show strong levels of innovation and those providers who can excel at customer service will be in the best position to succeed.”

Alan Conboy, Office of the CTO at Scale Computing, echoed the hybrid cloud trend: “Next year will be a defining year for edge and hybrid computing strategies as IoT and the global network of sensors pile on more data than the average cloud has had to handle in the past. This transition will officially crown edge computing as the next big thing. According to a study from IDC, 45% of all data created by IoT devices will be stored, processed, analysed and acted upon close to or at the edge of a network by 2020. In the process, edge computing will take on workloads that struggle on hosted cloud environments, passing the torch over to HCI platforms.”

“Multi-cloud is one of the most pervasive trends in technology today,” said James Henigan, Cloud and Managed Services Director at Six Degrees. “Historically, this started in some cases by accident rather than through strategic direction and many companies encountered the pain of dealing with multiple suppliers, technologies, commercial, contractual and support models that only enterprises could truly deal with the management overheads for. By piecing together the right services from the right suppliers, multi-cloud services are often likely to be the best technical solution for a company. However, multi-cloud often requires a middle service management tier to help remove the pain of the contractual, commercial and support model variations. Managed service providers and the management tool marketplace are continuing to evolve at pace to support this demand and deliver simplicity, making multi-cloud solutions accessible to SME and SMB organisations. In 2019, I expect organisations of all sizes and industry verticals to take steps to leverage the benefits of multi-cloud architectures to drive their Digital Transformation strategies.

Multi-cloud and hybrid cloud was a popular theme among these IT experts. Neil Barton, CTO at WhereScape, commented: “Cloud-first is the new norm. In 2019, large enterprises will fully embrace this stance and will expend considerable resources on creating and maintaining hybrid cloud environments. Alongside this, as businesses modernise their data infrastructure, we’ll also see a move to being automation-first – making automation of data ingestion and processing a standard part of any cloud migration effort. New environments bring fresh challenges and companies making this transition will not only be evolving how they work to best leverage the cloud, they will also be navigating working within an infrastructure where their data resides both on-premise and in different cloud environments. Companies will need to become more agile in how they execute a multi-cloud strategy, so we will see increasing rapid adoption and development of new cloud environments, powered by automation.”

The CEO and Founder of Cloudhouse, Mat Clothier, is also looking towards a year of more cloud. He commented: “As more and more enterprises move away from legacy systems and towards a cloud-based future, they will realise that migrating traditional apps is challenging; there is a growing need for the tools that offer portability which may not be possible otherwise. In 2019, [we] will inevitably see more enterprise workloads move to Azure, AWS and Citrix, but what remains to be seen is how many businesses will realise the importance of tools that manage the delivery of these applications across a global network of data centres.”

Gregg Mearing, Head of Managed Services at Node 4, had a slightly different prediction for the cloud market next year. He said: “The drive towards AI will become much more of a focus for businesses next year, particularly as companies begin to realise the huge benefits in efficiency when it comes to building and deploying applications in the cloud. Take Microsoft for example; increasingly, its customers are using Azure AI to build apps that are smarter, more intuitive and responsive in order to free up people power and we will see more of this in 2019. Businesses utilising the cloud will do well to leverage the mantra that ‘knowledge is power’ and applying predictive analytics to data that helps drive AI can mean companies can act on it and get ahead of the game. Working with a tech partner that has the technical capability to gather this data as well as provide consultancy of how it is used will be highly influential in helping organisations drive the benefit of AI in their businesses.”

The priority will be security and data protection

Rich Campagna, CMO at Bitglass, commented: “The numbers don’t lie – more and more companies around the world are adopting cloud-based tools. In 2018, the percentage of organisations using at least one cloud-based tool reached 81% worldwide. While this number will continue to rise in 2019, most companies will not deploy security measures appropriate for protecting data in the cloud, resulting in the vast majority of cloud security failures being the customer’s fault. If cybersecurity continues to lag behind cloud adoption, then 2019 is sure to be filled with a massive number of data breaches.”

Naaman Hart, Managed Services Security Engineer at Digital Guardian, commented: “Windows 7 will continue to be an issue. “When Microsoft released Windows 10 it essentially gave it away for free to vast swathes of the globe. The hope was to disrupt the massive number of machines that were still running Windows XP – many of which were known to be part of one of the biggest botnet armies in the world. And then there’s Windows 7, which was scheduled to be ‘retired’ – until Microsoft announced that it will offer extended ‘security update’ support until January 2023. The problem this model will cause is that while there is pressure to move to newer and less vulnerability-ridden operating systems, companies will now further delay their migration. Microsoft has set the tone that a product released in July 2009 will be allowed to continue past its 13th birthday. Windows XP was 14 when Microsoft tried to end its reign with Windows 10, so we have to wonder whether we’ve learnt anything from the problems a planet of Windows XP machines caused. While companies struggle to mitigate the effects of maintaining Windows 7 for another five years, they can count on having to defend against botnets built up of the same. If companies delay investing in their IT environments, they will find themselves defending against insider and outsider attacks made viable by the same operating system they’ve clung to so tightly.”

The hunt is on for digital skill sets

Given the digital era we operate in, it comes as no surprise that companies are on the hunt for employees with strong digital skill sets. Liam Butler, Area Vice President at SumTotal, a Skillsoft company, spoke to us about this drive. He said: “HR is changing at an increasingly rapid pace. With the workforce encompassing five different generations, areas such as onboarding, retention and employee nurturing are more dynamic than ever. In 2018, we saw Twitter encourage people to apply for intern positions at the firm via a single tweet after research found the majority of 18-24 year olds don’t think CVs accurately portray their personalities. In 2019, we will see more companies follow in Twitter’s footsteps – not in terms of single tweet hiring – but in terms of creating a more appealing application experience for candidates.

“Next year, HR departments will pay more attention to their candidate’s digital application experience. This will include making their application processes mobile friendly in response to the increasing number of candidates who job hunt via this medium. To facilitate these changes, talent management systems will continue to grow in popularity, as HR departments find that they make managing the entire digital recruitment process much easier. This focus will also move past the recruitment stage to encompass an employee’s entire career, with training, retention, benefits and appraisals all seeing a digital shakeup.”

While none of us hold a crystal ball to truly see what the future holds, it is clear that industry experts are of the opinion that for 2019, we can expect to see some key areas develop. These areas include multi-cloud, legacy systems and AI to name but a few.

But the real question is, what do you think 2019 holds? 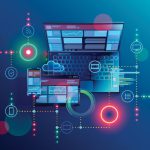 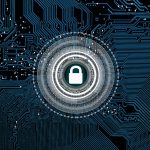