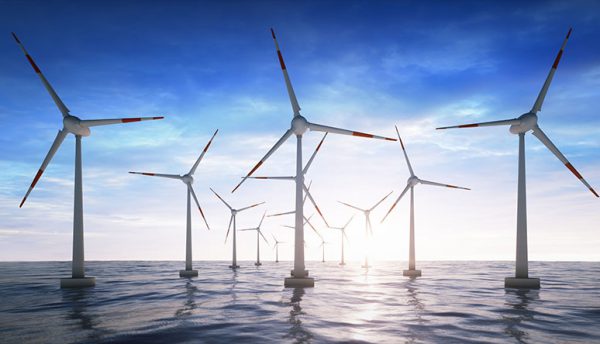 The Arkona offshore wind farm of E.ON and Equinor went into operation with a festive event in the port of Sassnitz-Mukran on the island of Rügen. German Chancellor, Angela Merkel, Mecklenburg-Vorpommern’s Prime Minister, Manuela Schwesig, and Norway’s Minister of Energy and Petroleum, Kjell-Børge Freiberg, launched power generation together with E.ON’s CEO, Johannes Teyssen, and other guests of honour. Arkona is the largest wind farm in the entire Baltic Sea.

German Chancellor, Angela Merkel, commented: “Arkona sets a standard for the transition of the energy system. We will discuss how we achieve the climate goals. It is not sufficient to convert energy production. We see great potential in the heating sector. We are also facing a major change in the transport sector.”

Johannes Teyssen, E.ON’s CEO, said: “The task now is to expand renewable energies vigorously and at the same time make them cheaper. Green energy must be delivered to people and businesses much more efficiently than before. This is a Herculean task that requires all the strength of large companies. E.ON will focus on better integration and utilisation of renewables for our customers and society.”

Prime Minister of Mecklenburg-Vorpommern, Manuela Schwesig, said: “We are sending out a strong signal: we are making progress with the energy revolution. Offshore wind power is a crucial element here. This is a path with a future. It is a path we are taking together with strong partners like E.ON and Equinor. I congratulate the Arkona project on its completion.”

Norway’s Energy Minister, Kjell-Børge Freiberg, said: “We are not only celebrating the opening of the Arkona wind farm and the productive cooperation between E.ON and Equinor, the event is also a symbol of the close relations between Norway and Germany in the energy field.

“Technological advancements and cost reductions have given offshore wind a momentum in Europe and I am glad to see Equinor and a number of other Norwegian companies entering this market in cooperation with companies like E.ON.”

Jon Erik Reinhardsen, Chairman of the Board of Directors at Equinor, commented: “The Arkona opening is a key milestone for Equinor. The wind farm has the capacity to supply renewable energy to 400,000 German homes. Equinor is already meeting 25% of Germany’s need for natural gas. Arkona is Equinor’s fourth wind farm coming online since 2012 and is a key contribution to developing Equinor into a broad energy company. We would also like to thank E.ON for its excellent work on the development and operations of Arkona.”