New technologies that would save lives during a chemical, biological, radioactive or nuclear (CBRN) incident were put to the test in a field trial in Finland.

Four years ago, academics, emergency responders and industry partners from across Europe came together with a common goal – to create new technologies and systems that would save lives during a chemical, biological, radioactive or nuclear (CBRN) incident.

On May 22, 2019, the true capabilities of these life-saving technologies, developed as part of the Loughborough University-led TOXI-Triage project, were demonstrated at a mass casualty field trial in Finland.

During the project’s Exercise DISPERSE, the emergency services of Mikkeli, Finland, diagnosed and decontaminated more than 100 people affected by a simulated chlorine gas escape using the ground-breaking TOXI-Triage devices and systems.

The field trial was the largest ever undertaken by the project team and took years of planning. Technologies and systems put to the test during the three-hour exercise included:

Speaking about the field trial, Loughborough University’s Professor Paul Thomas, who is leading the TOXI-Triage project, said: “Exercise DISPERSE has demonstrated just what is achievable when the expertise of academics, emergency services and industry leaders from across Europe come together with a common goal.

“Four years ago we set out on a journey to ultimately save lives. What we have shown through this exercise is that we now have technologies capable of achieving this goal.

“We can rapidly assess a CBRN incident hot zone via deployable sensors; track casualties and their status in real time; instantly diagnose if a casualty has been contaminated via an onsite breath test; assess the skin of casualties to ensure they have been successfully decontaminated; use social media to aid and react to an emergency response; and vitally pull all this information together via an integrator to give emergency commanders the most comprehensive information of what is occurring during an incident.

“I am beyond proud of what the team has collectively achieved and demonstrated here in Finland. Our ambition for these technologies to be taken to the next level of development and ultimately become standard practise for an emergency response, is stronger than ever.”

TOXI-Triage is funded by the European Commission. The project consists of 18 teams spanning the emergency and health services, defence, industry and university academics. 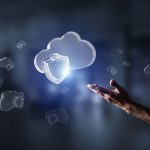 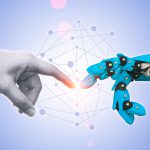