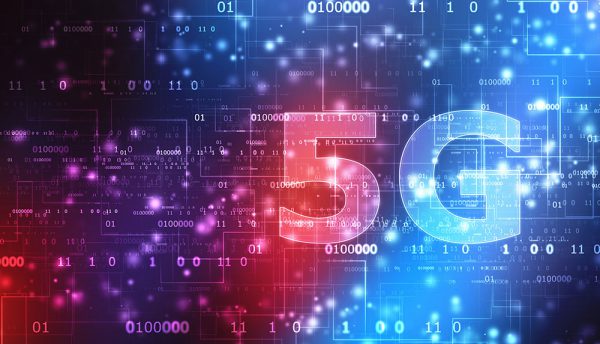 Positive Technologies has released its report, 5G Network Security: Vulnerabilities Old and New, which outlines some of the greatest risks facing 5G as networks as they begin to launch around the world. 5G promises superfast connection speeds, ultra-low latency and greater capacity which represent huge opportunities for operators to transform their businesses, allowing them to offer new services and generate revenue through previously unavailable means of monetisation. However, these opportunities will be accompanied by risks.

Positive Technologies experts pioneered research into telecom security. The company was the first to discover the security issues associated with SS7 back in 2014, showing how such flaws could be exploited for everything from remotely intercepting phone calls, to bypassing 2FA for access to social media profiles. With its deep knowledge of the latest 5G networks, the report outlines what is known about the standardisation and architecture of 5G networks, and what security issues could come to the fore as a result.

Positive Technologies experts highlight that many 5G networks will have known vulnerabilities from day one, due to the fact that they rely on existing 4G infrastructure. According to 3GPP Release 15 for 5G which came out in summer 2018, the first wave of 5G networks and devices is classified as Non-Standalone (NSA). In other words, devices will connect to 5G frequencies for data transmission when needing greater bandwidth and lower latency (such as for communication between smart cars), or to reduce power draw on IoT-enabled devices, but will still rely on 4G and even 2G/3G networks for voice calls and SMS messaging.

Therefore, at least during the transition period, future 5G networks will inherit all the vulnerabilities of previous generations. Every Diameter-based 4G network examined in a recent security audit was found to contain vulnerabilities which hackers could exploit to perform a range of illegal actions, such as locating users, intercepting SMS messages and instigating denial of service (DoS) attacks. This means the first 5G networks will remain vulnerable to these attacks.

Jimmy Jones, Telecom Business Development Lead, said: “Operators and equipment manufacturers alike have a unique chance to avoid repeating the mistakes of previous generations, where network security issues had to be resolved on the fly in active infrastructure. Acutely aware of the vulnerabilities that may lay ahead, they can – and should – be building security provisions in from the start, during the development of any new network technology. After all, the huge amount of investment into the development of 5G networks requires some form of insurance. As we enter the 5G era, using security as a criteria for quality will give operators a competitive edge.”

The nature of 5G networks may also bring their own security flaws not seen in previous generations. For example, one of the many new revenue streams offered by 5G lies in the practice of network slicing, in which portions of a 5G network are partitioned and delivered ‘as-a-Service’ to suit specific customer segments and use cases. However, replacing dedicated hardware with software-defined systems (some of them based on open source projects) may prove a double-edged sword that makes mobile networks even more vulnerable to attacks.

Jones said: “Each new generation of mobile standards since 2G has been designed for one and the same goal: boost bandwidth on packet networks, to provide users with faster Internet access. However, 5G networks are designed with account of requirements to communication of various types of connected devices and are expected to be as flexible as possible. While network slicing achieves the goal of increasing speed and enables operators to offer a wider range of monetisable services to their customers, it will make network management significantly more complex. In doing so, it will add to the existing issue of incorrectly configured core networks; an issue which continues to plague the telecoms industry.

“When performing security analysis, whether of a mobile operator’s network or a corporate information system, we routinely find configuration flaws directly impacting security. Even now, not every operator succeeds in securely configuring their core network and protecting it from all angles. As SDN and NFV technologies are implemented as part of efforts to build a network slicing architecture, administration will become even more difficult. Flexibility in 5G networks is achieved by increased complexity and number of configurations and as a result, the probability of errors that cause vulnerabilities increases too.”

The rise of the IoT

Another unique attribute of 5G is that the main subscribers of the networks will not be people, but IoT devices. By 2020, there will be about 20 billion such devices, which brings its own challenges for the network because at the same time, the number of attacks on the IoT is increasing too.

Jones said: “Device protection is poor and malware distribution is easily scalable. In the last year alone, Positive Technologies experts found 800,000 vulnerable devices. Mirai was an example of the destructive capacity of a large botnet. To avoid a new Mirai that can leave regular users without communication, 5G network operators will have to develop new threat models more attuned to diverse device types.” 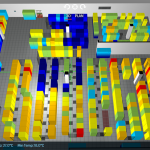