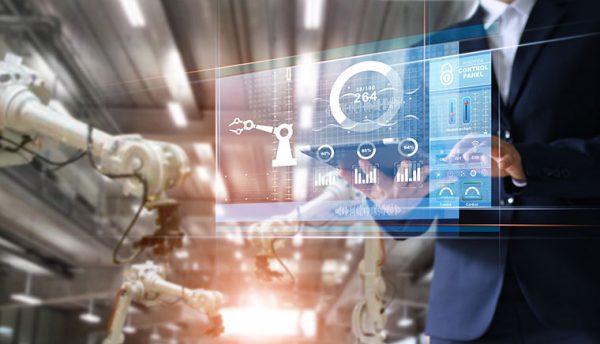 Automation everywhere: The key to reimagining IT and the role of the CIO

CIOs are constantly tasked with ensuring the organisation stays relevant in a world which is rapidly innovating. Vijay Kurkal, COO, Resolve, discusses the key to unlocking the true power of automation and success from the role of the CIO.

The world is undergoing profound change and technology sits at its beating heart. Digital Transformation offers unprecedented opportunities for CIOs to support business demands for innovation-fuelled growth. In so doing, IT leaders can also cement their position as indispensable members of the executive suite. But this technological revolution comes with its own unique challenges and perils, adding extra cost and complexity that could derail projects, diminish the reputation of the CIO and expose the organisation to unnecessary risk if not managed with great care.

The key to unlocking success lies with automation that overcomes siloes, both technological and departmental. Only then can IT regain control, mitigate skills shortages and drive agile, digital-powered business growth.

The truth about digital

Today, Digital Transformation projects dominate the tech priorities of most global CIOs. Two-thirds (67%) expect cloud computing spend to increase this year, nearly half have said the same for AI and Machine Learning, and over two-fifths believe the percentage of spend with emerging vendors will increase over the coming months, according to IDG. They’re tasked with ensuring the organisation stays relevant in a fast-changing world where customer expectations are soaring and agility is everything. In this unforgiving business environment, stop moving and you’re a goner.

Yet behind the flashy vendor marketing and big-ticket technology spend, there’s a more mundane reality to digital change: IT complexity is everywhere. It’s in the compute environment: everything from provisioning servers to endless patching, deploying custom apps to resolving outages. It’s in the network: everything from ongoing network testing to troubleshooting MPLS issues and orchestrating software upgrades. It’s in security operations, where teams must separate real incidents from false alarms, block unauthorised access attempts, audit privileged access and much more. And it’s in the service desk, where staff may be troubleshooting slow PCs one minute, adding cloud storage another and applying hotfixes to business apps the next.

Without automation, IT leaders will find their staff end up spending too much of their valuable time on simple, repetitive tasks. When IT was first introduced into organisations, it eliminated back-office jobs focused around manual repetitive processes and transformed businesses with computing power. The irony is that today, IT itself is riven with repetition and manual process. There’s still too much hesitation around trimming the fat even in the face of cost reduction in some environments and an inability to hire enough qualified staff in others.

Repetition is also the enemy of innovation. If you spend all your time on maintenance, where’s the value add? This is particularly important in the context of skills shortages. The European Commission believes there could be as many as 756,000 unfilled jobs in the European IT sector by 2020, stalling important economic and social development. Automation frees up the staff you have to be retrained or organically moved into higher value roles. People should be there to make the complex, nuanced decisions that matter in IT, leaving the machines to automate the thousands of steps in between.

Doing so will help to improve agility, both in the IT department and the business as a whole. This is crucial to support the ever-changing demands of external customers. But it’s also important in staving off the shadow IT challenge within the organisation. If the IT function is not operating in a way that meets internal customer expectations, users will find workarounds that could expose the business to security breaches and compliance problems. This is especially true of the service desk, where slow response times are in stark contrast to the need for speed in DevOps.

With the negative impact of inevitable complexity on organisations, the only answer is to automate everywhere.

The power of automation

When done well, automation can save significant time, money and man hours, providing value in the tens of millions while simultaneously mitigating security risk and freeing up IT teams to become more strategic and innovative. ITOps teams can benefit from automated infrastructure provisioning and patch management, continuous delivery and proactive health checks. NetOps get to automate network testing, incident response, provisioning and configuration and security teams streamline incident investigation, threat containment and remediation, configuration and patching. Service desk requests can be automated, as can change management and non-security incident response.

Incidents and issues are solved quicker, at lower cost, threats are contained and remediated faster, escalations are minimised and users are empowered to self-serve. A recent report from analyst EMA Research reveals that 66% of automation projects are ‘extremely’ or ‘very’ successful, with cost savings (28%), improved operational efficiencies (25%), enhanced customer satisfaction (21%) and improved service quality (18%) topping the long list of benefits.

However, that same report also reveals that, along with cost issues, resistance to change and lack of executive support are the biggest barriers to successful automation. This is a crucial point. While CIOs reported in a recent Gartner study that by 2020 they plan to replace more than 50% of current manual operational tasks in infrastructure managed services with intelligent automation, it seems unlikely given current adoption rates that the majority will achieve this goal without pushing their agenda.

Automation projects must be sponsored by senior executives to stand any chance of success. As CIO, it’s your job to get that buy-in from the top. If initiatives happen from the bottom-up then you’re likely to be stuck in a rut automating at a task level, without recognising the exponential value that service-level automation brings across the organisation. Creating an Automation Centre of Excellence could be a good idea, allowing you to centralise automation initiatives that can cross technical and departmental barriers, getting the cross-functional buy-in and positioning you need for Automation 2.0 to succeed.

It’s also crucial to have the right technology in place to support you. This means a single automation and orchestration platform that works across IT siloes, plugging seamlessly into your existing IT infrastructure to tackle everything from the simplest to the most complex processes. It also means implementing out-of-the-box integrations and prebuilt automations supporting hundreds of products from the most popular software, hardware, security, networking, cloud, virtualisation, operating system and task automation vendors – including drag-and-drop functionality and customisation to fast-track success. And it requires a flexible approach and focus on UX to empower IT teams to choose exactly which steps of a process are automated and which ones require human oversight.

Once you have the tools, vision and executive buy-in in place, remember to bring in your user community early on, have sufficient skills on board and put metrics in place to show progress and illustrate ROI. Ongoing communication and continual improvement are your watchwords here: be sure the pace at which you’re driving change stays in line with the cultural appetite of the organisation. In most, automation begets more automation as initial wins spark imagination and creativity around the possibilities for automating new processes. Silo-busting strategies and technologies are the key to unlocking the true power of automation and success from the role of the CIO. But like anything, it requires careful planning and execution to get right.