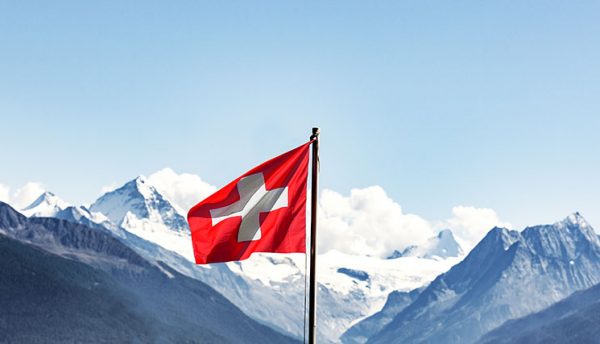 The Swiss tech scene: A force to be reckoned with

Pedro Bados, CEO and Co-Founder of Nexthink, tells us why Switzerland is set to become one of the most prosperous tech hubs in the world.

Nexthink, was launched as a result of a research project conducted at the prestigious École Polytechnique Fédérale de Lausanne (EPFL). Having presented my findings, the project attracted the attention of a large multi-national company, who told me that if I could turn the idea of ‘saving businesses valuable time by making IT more efficient’ into a product, they would buy it – and they did. The company was subsequently founded there and then, in Lausanne, and we’ve been headquartered here ever since.

When people discover that Nexthink raised US$85 million in 2018 and is still headquartered in Lausanne, I usually face the same questions: “Is it not difficult to compete with ‘Silicon Valley’?”; “Do you have the necessary investment and talent to sustain your growth?”.

The truth is that the European tech scene is thriving. The region’s most innovative tech companies are reportedly growing faster than their US counterparts and at the end of 2018, the London Stock Exchange data showed that 69 European tech companies went public during the year, compared to just 28 in the US.

Nexthink is an international business and Switzerland is central to that – geographically and culturally – because it helps us to be connected via language, regulations, time zones and people. To grow the European tech scene, organisations need to start taking advantage of the proximity and cultural similarities they have to their European neighbours in a way that encourages collaboration and promotion between nations. Switzerland has served us incredibly well so far and I think there is a huge opportunity for the country to turn into a recognised force in the technology industry – but I believe there are three road blocks that need to be overcome, which make the job of growing a startup of a certain size more challenging than our counterparts in other parts of Europe, the US or China.

1. We need more experience with scale-ups

There is a certain myth about the fact that great universities create great start-ups because, in order to scale, every young tech company needs a healthy base of senior engineers with 10 or more years of experience from other leading tech companies, and not only fresh graduates. So, it’s not enough to have a great engineering school next door – to grow fast we need a true tech ecosystem of companies at different levels of maturity.

Despite the big progress in the last few years, this has been the main obstacle to Switzerland becoming a key tech hub in Europe. There are a number of companies with decent figures when it comes to numbers of employees and size of revenue, but only very few of them make it to the next level, which has led to the export of so much of the best talent to other geographies. This is extremely hard when businesses like ours are growing so fast compared to companies in London, Berlin or Paris.

With time and effort, I am very positive about the outlook for the local ecosystem here – the country offers an amazing lifestyle, safety, beautiful outdoors and great education. All these factors are key to attracting great talent in the coming years.

Switzerland remains a conservative country when it comes to incentives for tech companies – taxes around stock options or taxes on unrealised wealth are problems for young teams in start-ups. The Swiss authorities need to understand that it’s not about the taxes for entrepreneurs but the taxes for the talent this entrepreneur is going to employ that will make the difference.

3. We need to attract top investors

In 2018, CHF1.25 billion was invested in equity capital in Swiss start-ups and there is good reason to be positive about the state of the Swiss tech scene and its potential to grow into a recognised force globally. However, European tech firms are still outshone by the US and China. To put things into context, the highest current valuation of a European tech business stands at just over US$11 billion. The top Chinese business has a valuation nearing the US$75 billion mark.

In my experience, the amount of funding doesn’t always tell the whole story and we should measure the amount of value created instead of just the money invested. Swiss companies need to demonstrate the value they are creating to attract world-class investors. This will build the country’s reputation and attract the right talent, profile and network to position Swiss start-ups on the global stage. Switzerland has a unique opportunity to do that due to advantageous regulation for investment and it should capitalise more on this opportunity.

I’m incredibly proud to run a successful tech company out of Switzerland. There is a rich mix of innovation, entrepreneurialism, local talent, investment and the infrastructure to support a prosperous tech hub but now the challenge is about how to create true global leaders in the region. I believe that in a few years, Switzerland has both the potential and a unique opportunity to become one of the most prosperous tech hubs in the world.