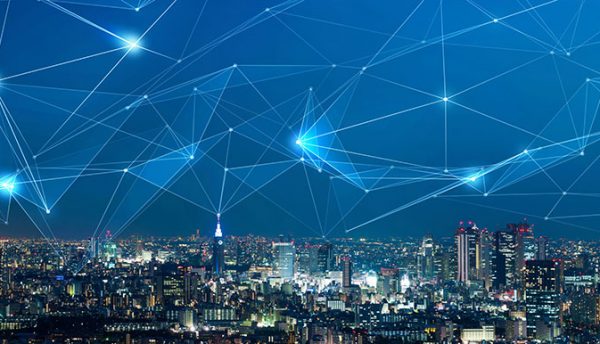 A smarter approach to Smart Cities

Roland Hechwartner, Technical Plenary Chair of oneM2M, discusses the benefits of using oneM2M technology to build the city of tomorrow.

As the Internet of Things (IoT) continues to gain traction across a number of cities in Europe, the range of potential services and solutions available is vast – from waste management to complex services such as integrated traffic management. While the first wave of the future, the smart meter, is already implemented in the majority of homes, other deployments to bring smart services to all aspects of daily life are continuing to pick up pace.

Deploying such solutions with different requirements and characteristics in terms of data volume, frequency and levels of latency, increases the need for an interoperable framework, especially as technologies continue to expand their global presence in the market. By selecting a horizontal IoT platform, it enables different IoT use cases to be supported by the same platform, eliminating vendor lock-in and ensuring Smart City deployments are scalable and cost-effective. At the core of this horizontal approach is standardisation.

A load of rubbish?

A Smart City approach offers residents a convenient and hassle-free way of living with the lowest possible use of resources, enabled by technology and innovative solutions. They also bring new benefits to city authorities, who have a golden opportunity when it comes to utilising the data generated by Smart City applications – but Smart Cities also bring challenges in regard to the cost and logistics surrounding implementation.

As a result, the transition to smart services will take time. In the area of waste management, for example, where the sanitation and emptying of bins can be managed through remote connectivity, it may take several procurement cycles to install connected bins in public arenas, on streets and around recreational spaces. However, not everything would be upgraded at once. Through competitive bidding and public procurement rules, different vendors would supply waste bins. Anecdotal evidence indicates that each supplier will use a proprietary connectivity and status reporting solution.

The result of this is technology and data integration headaches, creating friction for cities that want to make optimal, data-driven decisions. The alternative is to operate several silos and absorb the associated costs. To add to the complication, a city might later choose a new supplier to add more on-street bins, resulting in two systems for on-street bin services.

The role of standardisation – and oneM2M

Standardisation side-steps these problems, bringing a common approach which means that a city can connect and communicate with any Smart City asset. This could be a bin, an environmental sensor, a speed monitor, or a row of streetlights. Through standardisation, cities can mix and match vendor solutions, mitigating the risk of vendor lock-in and fostering a competitive supplier base that lowers prices.

Standardisation also has a role to play when it comes to overcoming barriers involved in data exchange – which will become more and more commonplace as Smart City deployments become established in all sectors. An example of where data exchange could happen across different departments is traffic management, environmental monitoring and emergency services.

oneM2M addresses the need for standardisation by providing a common IoT service layer, which sits between IoT applications and the communication hardware and software that transports data. This software-based layer provides functions across different industry segments that IoT applications commonly need such as semantic enablement, security, privacy and remote software updates. It is well suited to handle city sensors and the data they generate and is being applied to a variety of Smart City services across Europe and in South Korea. Examples include smart parking, social care and building energy management. In the UK, oneM2M underpins a public-private, data marketplace where municipalities can share their data with Smart City service providers in an economic and controlled way. With around 250 members worldwide, interoperability of the sort provided by oneM2M enables interoperable, scalable deployments, reaping huge cost savings for city authorities.

Among the rollouts of Smart Cities already using oneM2M are a number of cities in Europe, including Bordeaux and Turin. With a population close to 750,000, Bordeaux in France had the opportunity to benefit from public funding to deploy an IoT experiment using a city reference district.

The experiment consisted of deploying a streetlight service of 220 lampposts in a district located at the north of Bordeaux. The district hosts public facilities that are used only occasionally during events. Those facilities include mainly the exhibition centre, the convention centre, the MATMUT Atlantique stadium used for football games and concerts, and the velodrome. Very quickly, significant energy and financial savings were identified, as the district no longer needed to be illuminated on a permanent basis. Streetlights are only switched on when there is an event or when street sensors detect vehicles or pedestrians.

To pilot all these sensors/actuators, the digital department did a study of the network to be deployed and the use that could be made of it given the volume and diversity of the operational technologies to be connected. Very quickly, it became clear that the technologies used different connectivity and data model technologies. The digital department reached the key conclusion that building IoT in silos will not scale. An abstraction model to bridge the gap between diverse operational technologies and the digital world was needed, otherwise it would be difficult to master the total cost of ownership. The city concluded that a standard such as oneM2M provides the unique value proposition of connecting diverse OTs in an open manner, therefore avoiding lock-in to a specific provider.

Sealing the future of Smart Cities is oneM2M’s upcoming Release 4 standard which will further build on interoperability between IoT devices by enabling vertical interoperability, best-in-class security and interworking with legacy IoT standards.

By adopting oneM2M, cities have a route which is cost-efficient, especially as apps and devices proliferate. Legacy implementations, through the development of adapters, can be brought onto the oneM2M horizontal platform with minimal disruption. This way, app developers will have a much larger and addressable market and will embrace the benefits of being able to re-use code, more so encouraging innovation.

As city planners strive for greater cross-departmental synergies, it is essential that both networks and devices can be used for more than one purpose. A digital environment will not only leverage the Smart Cities concept, but it will pave the way for new features, new ways to manage, govern and live in the city of tomorrow. 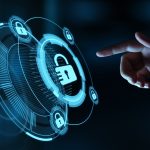 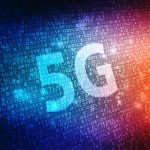