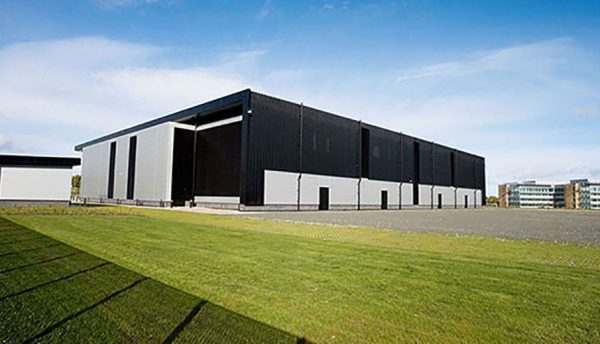 Stellium Datacenters, which operates one of the largest purpose-built data centre campuses in the United Kingdom and a fibre-optic ring in Newcastle upon Tyne, has announced the completion of a £30 million investment by Tiger Infrastructure Partners and Eram Capital Advisors.

The capital raise builds on the already significant investment in Stellium’s data centre campus in the Cobalt Business Park and the metro area fibre network in Newcastle. The capital will be used to fund growth and accelerate fit-out of the facilities.

The campus is comprised of three state-of-the-art data centre facilities that have the power, scale and flexibility to provide enterprise-level cloud services, dedicated and co-location services, as well as powered shell facilities that enable customers to configure the data centre to meet their own requirements.

The campus is constructed to BREEAM Excellent and Outstanding Standards and has an industry-leading power usage effectiveness ratio of 1.2 with its own dedicated significant power supply. Since its launch in 2017, Stellium has signed contracts with a number of prominent customers who are currently fully operational in its campus, with more expected over the course of the next 12 months.

The recent investment follows the decision by Aqua Comms, a leading developer and operator of subsea fibre-optic cable networks and its partners to select Stellium as a vital hub for data transmitted between the United States, United Kingdom and Europe on the North Atlantic Loop, its newest transatlantic subsea fibre network.

Stellium is the principal cable landing station for the new North Sea Connect cable that will soon link the United Kingdom with Denmark. The North Sea Connect cable will be part of the North Atlantic Loop, a resilient system of international subsea fibre cables that includes the newest transatlantic cable, America Europe Connect-2, that is currently being built by Aqua Comms, connecting New Jersey with Denmark. The subsea fibre ring, the North Atlantic Loop, extends also to the existing transatlantic cable America Europe Connect-1 from New York to Ireland and the soon-to-be complete CeltixConnect-2 from Dublin to Blackpool.

Noel Meaney, Chief Executive Officer of Stellium, said: “This investment further bolsters the position of Stellium Datacenters as one of the most modern, powerful facilities in Europe. With this investment, we believe we are well positioned to serve hyperscale and wholesale companies looking to harness the speed and resiliency of the newest subsea network linking the United States, United Kingdom and Europe, as well as local customers who require data centre services within the United Kingdom. We look forward to partnering with experienced data centre investors such as Tiger Infrastructure Partners and Eram Capital Advisors in our growth ambitions.”

Stellium also expects to support economic growth and serve public and academic institutions in the Northeast of England. Newcastle City Council leader Nick Forbes said: “Newcastle is a global city at the heart of modern Britain and is now one of the most exciting hubs in Europe for a new generation of digital and technology companies to base themselves and grow. Stellium’s world class data centre campus is a key component to growing the sector further and at pace.

“The investment announced today, along with the confidence shown by Aqua Comms in choosing Stellium as its primary UK landing station to link the US with Europe, is further evidence of the city’s burgeoning reputation for supporting partnerships to develop the skills which will create thousands of jobs for future generations.”

“Stellium has an existing asset base with all these elements and access to the newest fibre networks in the Northeast of England which makes it an exciting new data hub away from the London area. We and our partners at Eram Capital look forward to providing the business with our experience and resources for investment in further growth.”

GDPR is transforming consumer trust and data security in Europe, according to Check Point survey