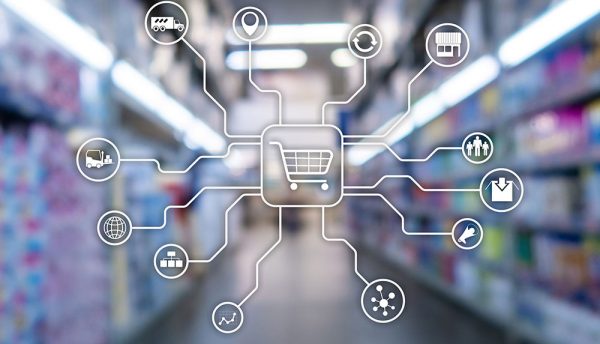 Capgemini, a French-headquartered global leader in consulting, technology services and Digital Transformation, has conducted a report which has found that consumers prefer to shop in a store with automation capabilities. Consumers respond to the convenience, efficiency and sustainability improvements automation creates, but retailers must prioritise experience and build trust to bring customers and sales back in store.

As automation technology continues to mature, it is becoming increasingly a point of competitive advantage, with consumers responding positively to the improved convenience that it can deliver. However, in order to capitalise on this trend, retailers will need to prioritise automation that creates positive consumer experiences rather than as a cost saving exercise, according to new research from the Capgemini Research Institute.

The report, Smart Stores – Rebooting the retail store through in-store automation, which surveyed over 5,000 consumers and 500 retail executives across North America, Europe and Asia found that a majority (59%) of consumers who have previously visited stores with automation said they would be willing to shift their in-store purchases from a retailer without automation technologies to one that offers them, rising to 67% for 22-36 year-olds. Most consumers believe automation can help to solve pain points they experience in-store including long checkout queues (66%), difficulty in locating products (60%), and products being out of stock (56%).

Key findings of the report include:

Automation has an important role to play in bringing customers previously reliant on e-commerce back into stores as well. A total of 46% of customers who had a positive experience with in-store automation said they would be willing to shift some of their online purchases from digitally focused retailers (retailers that mostly operate through websites/apps and with minimal stores) to stores that offer automation technology. That number rises to 55% for urban consumers, 58% for millennials, and sharply increases for shoppers in India (79%) and China (85%). On average, customers considering moving from online to in-store purchases would shift 20-25% of their purchases as a result of the improvements that automation could bring.

Automation could also boost overall sales numbers for retailers. A total of 60% percent of consumers overall are willing to purchase more online from retailers who accept returns of online orders in-store using automation technologies, and consumers expect they would purchase 22% more if this were the case. Retailers also reported an 11% increase in sales in stores with automation compared to stores with no/low automation.

“Automation is an important part of how we respond to changing customer needs,” said Kristian Bjørseth, Head of Payments and IDs at Coop Norway. “Previously, our stores closed at 11pm and couldn’t serve people returning home late at night, often looking for something quick to eat. So, we introduced Coop Key, an app that allows consumers to enter an unstaffed store after hours, and self-serve entirely. We’re now seeing substantial revenues between 11pm and midnight, and improved numbers for high-margin products such as frozen pizzas. Security and age verification are ensured by biometrics in the app that identify every individual customer.”

Retailers and their customers alike see the need to link automation to the sustainability agenda. Three quarters (75%) of retailers think automation can help them offer more sustainable and environmentally friendly solutions. This reflects a growing consumer desire to shop with retailers that can demonstrate green credentials. Consumers surveyed said they would prefer to shop with retailers who use automation to reduce food waste (69%), reduce consumables such as printed receipts (63%), improve energy efficiency (58%) and provide sustainability information regarding products (52%).

As retailers scale up their use of automation (nearly 21% of stores are currently automated across areas such as in-store navigation and order fulfilment, but this is expected to increase to 36% by 2022), the report highlights that they need to be rigorous about understanding customer needs and concerns locally.

While most consumers think automation has the potential to address their pain points in-store, there are both positive and negative nuances at a country level which the sector needs to accommodate in order to succeed. For example, 43% of consumers said they feel like an ‘unpaid sales assistant’ when using a self-checkout.

The research also found that retailers underestimate customer concerns and are often misaligned with their priorities. While overall, 59% of customers said they would avoid a store if it was using facial recognition to identify them (specifically 53% in the UK, 60% in the US and the Netherlands, 66% in Germany and 67% India) just 23% of retailers thought this would be the case. These contrasts were most significant in France, where just 4% of retailers believed customers would avoid a store using facial recognition while 62% of consumers said they would avoid these stores.

There are also differences in the importance that retailers’ regard automation by retail subsector. For example nearly half of grocery and apparel retailers (47% and 45%, respectively) said their leadership considers automation a strategic imperative, compared to just 21% of electronics retailers, and to an overall average of 40%.

Tim Bridges, Global Head of Consumer Products, Retail and Distribution at Capgemini notes, “Automation provides a huge opportunity for retailers to gain back some of the ground they’ve lost to digital-native competitors and protect the market share they currently have through better efficiency, more convenience and better sustainability. Making the right investment choice and acknowledging the need for a range of deployments across different functions could unlock significant potential across both operational and customer-facing department. Even in our technology-centric world it’s rare to find one investment opportunity with such wide-reaching potential.”

Capgemini surveyed 500 senior executives at the director level and above, spread across the world. Retail sub-sectors included in the survey were: electronics, grocery, home improvement, fashion/apparel and quick service restaurants.

Millennials are a demographic cohort aged between 22 to 36 years.

A single security recommendation to solve an age-old problem 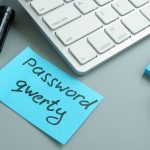 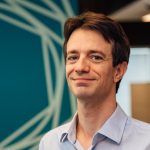