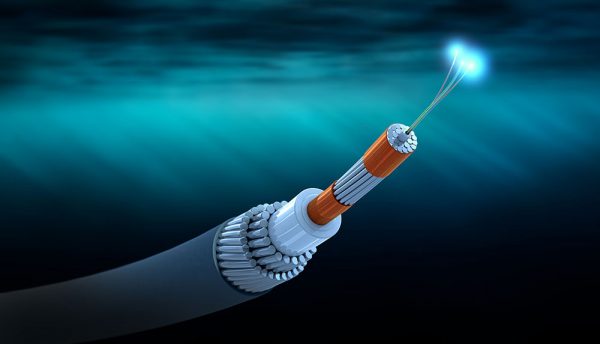 The Europe India Gateway (EIG) submarine cable system has been upgraded to accelerate and strengthen connectivity between businesses in the UK, Europe, the Middle East and India. Using Ciena’s submarine network solution, the upgrade allows EIG to utilise flexible, express wavelengths, also known as optical bypass, to reduce operational costs as well as space and power requirements while improving reliability.

The EIG cable system is a 15,000 km international fibre optic submarine cable system that links the United Kingdom with Gibraltar, Portugal, Monaco, France, Libya, Egypt, Saudi Arabia, Djibouti, Oman, United Arab Emirates and India. As one of the primary data connections between India and Europe, the Middle East and Africa, the EIG transports significant quantities of data between consumers and businesses.

The cable has been upgraded with Ciena’s GeoMesh solution, powered by WaveLogic Ai coherent optics, which offers EIG new levels of flexibility, the lowest cost per transported bit and the ability to meet unpredictable traffic demands. The upgrade adds 24.3 Tb/s of information carrying capacity to the EIG cable, with a spectral efficiency increase of 52%, in comparison to previous technology.

With WaveLogic Ai, EIG can transport up to 400Gb/s per wavelength, driving more capacity per channel at longer distances.

“Ciena continues to support upgrades to the EIG cable, one of the primary data connections between India and Europe, and the Middle East and Africa. The EIG transports significant quantities of data between consumers and businesses and we continue to evolve its capacity to support both present and future requirements,” said David Moore, Management Committee Chair, Europe India Gateway.

“The nature of global business today demands instant and reliable access to partners, customers and employees anywhere and at any time. Across Europe, India and the Middle East, this connectivity is reliant on technology like the WaveLogic-powered GeoMesh submarine network solution that is scalable, flexible and able to adapt to the intense requirements of a bandwidth-hungry environment,” said Ian Clarke, Vice President of Global Submarine Sales, Ciena.