E.ON has discovered the world’s greenest data centre in the Bavarian village of Grotach.

The computing power there is completely sustainable and 100% CO2-neutral. These are good reasons for E.ON to include this facility in its current corporate campaign #GreenInternet, with which E.ON informs users about internet use and energy consumption on social channels.

An E.ON video tells the story of the discovery of the CO2-free data centre in Grotach at https://youtu.be/8ET3PGxdcAU.

In the fictitious Grotach computer centre, wooden rakes are manufactured naturally from beech wood and for raking leaves. Unfortunately this joke only really works in the German language. The first part of the German word “Rechenzentrum” is similar to rake.

Carsten Thomsen-Bendixen, Acting Head of Communications and Political Affairs at E.ON, said: “We provide extensive information about the connections between internet use and climate protection, but not with a raised forefinger.

“With information about video entertainment, we want to sensitise new, especially younger target groups to the enormous energy requirements of video streaming in data centres. And we show how such data centres can become greener. Like the one in Grotach. The topic is serious, the approach is not. Quite deliberately, because we want to reach as many people as possible.”

At first glance, it seems strange that E.ON, as part of a campaign for a green internet, is publishing a video that is clicked on several million times on the internet – thus triggering high power consumption in data centres. But in fact E.ON has made the video climate-neutral – the CO2 emissions for up to three million hits on YouTube have been offset. If there are more, E.ON will add to the compensation. 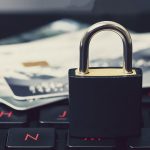 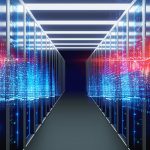