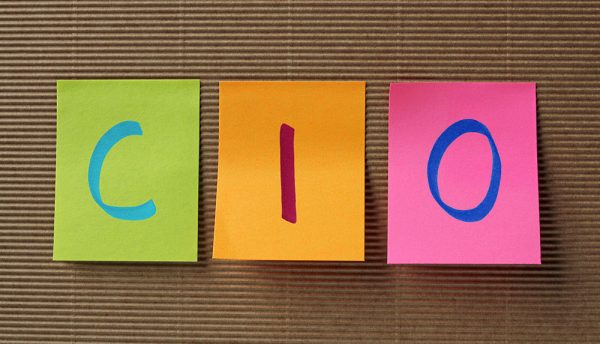 Avoiding an existential crisis, CIOs need to reinvent themselves

As the CIO role transforms, CIOs have no option but to adapt within their role and conform to their new-found requirements. Erich Gerber, SVP EMEA & APJ at TIBCO, identifies some of the traits needed by this decade’s information chiefs.

The CIO role has transformed massively over the years and now it’s set to do so again amid what is close to an existential crisis for the role. A new wave of chief data and digital officers are muscling in to lead transformation projects, so CIOs need to adapt or risk being swept away by history. They must deepen and broaden their knowledge of DevOps, data analytics and other hot areas, but they must also show that they still have the character to lead.

This is an awkward age for the CIO role. In the 1970s, the CIO held court because everyone needed to automate processes and only an elite few had IT knowledge. But with packaged software, the mystique faded and in the cloud era the old joke that CIO stands for ‘Career Is Over’ is in danger of changing to ‘CIO is Over.’

The fact is that the CIO role is in danger of falling between two stools. Are they innovation leaders? Some are, especially in the business-to-consumer space, but many aren’t because they get bogged down in regulatory compliance, vendor management and keeping the lights green on everyday operations.

Everyone knows that improving the customer experience and the broader digitisation agenda are strategic, but how do you do the progressive work when there are so many daily chores and cost-management imperatives, or where others are being given the business technology transformation remit? Here are five traits needed by this decade’s information chiefs.

A transformer rather than a business-as-usual type

Companies under-investing in new technology are likely to fail. CIOs need to play a leading role in pointing out the ways that technology can enable business change and opportunity. This will include having the boldness to innovate and champion R&D and it requires chutzpah and a certain appetite for risk. Change is hard, but the alternative to change is much, much worse. And if the company doesn’t buy this, you’re probably in the wrong company.

Insurgent roles such as Chief Data officer and Chief Digital Officer, and new ways of working such as agile development, demand that CIOs have to resolve to stand up for their role and not be bypassed. The CIO should be the shaper of information management and should lead on technology change. At the same time, the CIO should be a pragmatist rather than an egotist, unafraid of compromise where it is needed and of being measured against clearly defined KPIs. They should resist the fads and fashions of new technologies in favour of solid business cases for investment. There have been too many technology ‘silver bullets’ and the CIO must show that technology is simply a part of a solution, not an end in itself.

Some CIOs hop from job to job, rarely staying more than a few years in one place. But these short-stay tenures leave their employers with a revolving door and having to appoint new people to pick up the pieces. Too often we see the pattern of CIOs using the reference of a large initiative that they lead – and that may or may not have completed successfully – trying to get a bigger, better role with another company. As long as the employer is offering interesting, well-rewarded work, CIOs should stick it out and build careers on sustainable success stories, rejecting quick-hit, ‘passing through’ gigs.

IT was once a discrete department that had few strategic connections with lines of business. Today, with technology often enabling strategic change, that can’t continue. The CIO must have excellent relationships with other leaders. They need to delegate tasks and make time to spend with colleagues to better understand how they can work together. CIOs and CMOs, for example, should operate much more closely together in the age of digital marketing. Having multiple experiences and challenges will help make a more rounded leader.

The CIO needs a solid understanding of technology but must also be able to see around the corner and run the rule over trends before they enter the mainstream. If you’re only figuring out AI and digital twins now, then how can you help to achieve competitive differentiation?

The CIO title started being used in the early 1980s and it has lasted quite well. The ‘C’ at least points to a suggestion that the title is important and aligned with the CEO, CFO, COO and other C-suite generals. But unless action is taken, there’s a risk that the job is diminished and the CIO reverts to more of an MIS or IT director role for those that recall those outdated titles. The ‘I’ in CIO is crucial: the CIO is the personal responsible for the safe routing and innovative usage of information, perhaps the greatest asset that companies hold. Retaining that relevance is critical to a couple of generations of people that worked hard to see their roles move up the scale from being viewed as being in support functions for plumbing communications and compute systems to something far more business-critical and senior.

As one veteran CIO said: “I don’t much like the idea that the job I’ve worked hard at for 40 years might be seen as a dead end. It’s far too important a role to fall victim to fads and fashions or people who don’t see the interconnectedness of IT and organisational effectiveness.”

It’s a big ask, but the nature of life (and the technology sector especially) is that change is a constant and ‘he that gets hurt will be he who has stalled’, as Bob Dylan once sang. Career building requires regular reskilling and continuous improvement, but the reward is that successful modern CIOs will do more to shape their companies than their predecessors ever did. In an age where every company is a software company, get it right and it’s an amazing career, but fail to prepare and prepare to fail. 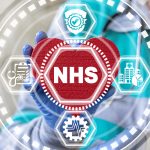