A UK parliamentary report has revealed that Russia is a highly capable cyber actor, which carries out malicious cyber activity against the UK.

The Intelligence and Security Committee of Parliament has published the Russia Report following a major inquiry.

The report covers aspects of the Russian threat to the UK including cyber, disinformation and influence, followed by an examination of how the UK Government has responded.

The report said that the UK is clearly a target for Russian disinformation adding: “While the mechanics of our paper-based voting system are largely sound, we cannot be complacent about a hostile state taking deliberate action with the aim of influencing our democratic processes.

“Russia is a highly capable cyber actor, employing organised crime groups to supplement its cyber skills. Russia carries out malicious cyber activity in order to assert itself aggressively – for example, attempting to interfere in other countries’ elections.”

There have been widespread allegations that Russia sought to influence voters in the 2016 referendum on the UK’s membership of the EU but the actual impact of such attempts on the result itself would be difficult – if not impossible – to prove, the report said.

Ben Read, Senior Manager of Threat Analysis at Mandiant Threat Intelligence, FireEye, said: “The cyber activities detailed here are consistent with what Mandiant Threat Intelligence has observed Russia doing in the UK and elsewhere. These cyber activities are used by Russian cyber espionage groups such as APT28, Sandworm Team and others to gather information and exert Russian influence in multiple countries.” 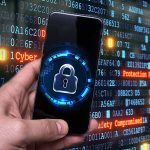 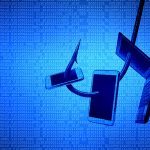