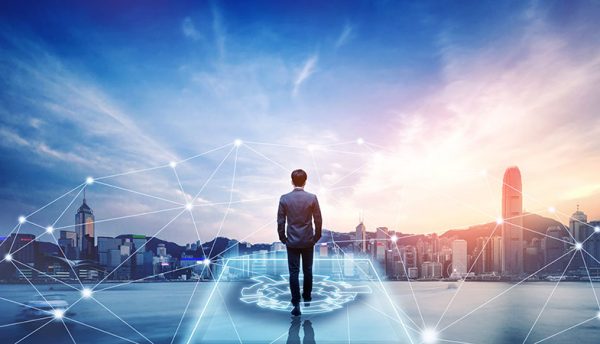 Nutanix, a leader in enterprise cloud computing, has announced a new report sponsored by Nutanix and compiled by The Economist Intelligence Unit, entitled Accelerating urban intelligence: People, business and the cities of tomorrow, which explores expectations of citizens and businesses for Smart City development in some of the world’s major urban centres. While globally, Smart Cities have the common goal of improving urban living, what this looks like in action varies from place to place.

The study analyses survey data from over 7,700 residents and business executives in 19 large cities around the world, including Amsterdam, Copenhagen, Dubai, Frankfurt, London, Paris, Stockholm and Zurich, as well as cities outside of the European region, to reveal how their priorities differ and align.

Responses differ from city to city, but overall, the study finds that citizens want Smart City initiatives to make public services more affordable, while businesses want them to be more efficient and reliable. However, nearly as important for both groups is that smart initiatives produce greener, cleaner environments in which to live and work. Many individual demands of respondents — such as more renewable energy options, cleaner air and water, more efficient waste recovery and smarter energy tariffing — all contribute to more liveable environments for citizens and workers alike.

Key findings from the study are:

There are few large cities in the world that do not have an office, programme or set of initiatives focused on delivering Smart City solutions. Today, mayors and other public officials base their appeal to voters partly on their ability to deliver technology-enabled services that will improve the quality of urban life. City offices, technology companies, research institutes and other organisations generate considerable media content — articles, videos, press releases, reports — extolling the benefits of smart technologies. Perhaps as a result, urban residents have a positive view of what Smart Cities can deliver: 71% of citizens and 81% of business executives believe that their Smart City will be an appealing place to live.

But do city officials, technology companies and others understand what residents really want from these initiatives? We consider some of the expectations from the citizens of Zurich, in particular:

While the technologies that underpin many existing or planned urban projects are hardly exotic territory for most people, they need to address the fundamental problems of everyday urban life. When asked to choose from a menu of technologies most integral to their town’s Smart City initiatives, the vast majority select 5G mobile, Artificial Intelligence (AI) and IoT. The same is true of business respondents, many of whom also point to data analytics and cloud computing.

Residents expect the outcome of Smart City efforts to include greater efficiency and the reliability of services. They’re also hoping for improved public transport, a greener and more sustainable physical environment, and a plethora of new business opportunities for local firms.

“Smart city initiatives need focus and achievable objectives,” said Andrew Brinded, Vice President and EMEA Chief Operating Officer at Nutanix. “There’s little point in projecting too far ahead and talking about driverless cars or robots. Citizens and businesses want services that will impact them now. They want improved environmental sustainability, improved recycling capabilities and improved transport infrastructures, but they also want it at reduced costs. It can be a delicate balancing act for city leaders, between delivering improved services and saving money.

“For example, Zurich is typical of the challenges Smart City developers face. While the majority of people in Zurich believe that Smart City initiatives should keep local service costs in check and deliver low-cost transportation, they also want the city to incorporate the most advanced technologies. It’s a prioritisation challenge but one that needs a strong technology footing. Without a robust, secure, dynamic cloud and wireless infrastructure, cities will be limited in what they can achieve.”