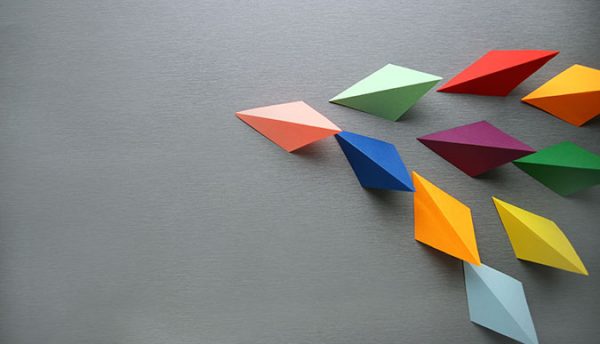 ‘Operational resilience’ isn’t the trendiest term in CIO circles but in light of the recent global crisis it has been propelled to the top of boardroom agendas – seen as a strategic imperative that CIOs are expected to play a pivotal role in delivering. Of course, during lockdown, CIOs have been nose to the grindstone ensuring systems are safe, secure and accessible for a radically different workforce. On the whole, they’ve done an amazing job.

However, despite those best efforts, there have been some tough lessons. According to our joint research with NelsonHall following the fallout of this crisis, 96% of banking, insurance and healthcare executives reported they had suffered from a lack of Business Continuity planning, with just 16% believing their operations are highly resilient to another crisis.

Conversely, 80% said they were confident in the resilience of their cybersecurity efforts, demonstrating the value of CIOs’ focus in this area over recent years. While cybersecurity remains a high stakes issue, times now demand that CIOs turn the same attention towards designing and implementing practical strategies that ensure organisations can prepare, respond and adapt to operational setbacks, from minor disruptions to chronic crisis.

Some of the challenges thrown up by the current crisis have been obvious; increases in remote working, health and safety of staff, issues with physical spaces – and many of those challenges are arguably outside the direct remit of the CIO. Others have grabbed fewer headlines but have been as impactful; a surge in demand for customer communication, shifting regulatory changes, and maintaining workforce efficiency. This is where CIOs really do have a central role to play.

As we know, the ability to quickly transition to home working has been make or break in recent months. In the face of increased communication needs, what has been particularly worrying is the problems organisations have faced moving knowledge, data and associated operations between sites and personnel. When workers need to be quickly deployed to other sites or to work from home, there needs to be secure, compliant operational infrastructure to support it – this is lacking in many cases.

Over 70% of organisations reported to us that their ability to make this transition was severely hampered by a lack of remote access to data and documents. With workers unable to access the documents they needed, just 10% of executives were confident they had met SLAs, with the worst affected areas being customer communications, order fulfilment and sales support – it’s not hard to imagine the fall out of these dropped and cancelled services.

Resilience in an environment that requires homeworking or more flexible offices is built upon the ability to access and process documents securely and in compliance with regulatory requirements. Digitising document processing services – both paper-based and electronic – is no longer just a stop on the way to Digital Transformation, it is a foundation of operational resilience.

It goes without saying that organisations need a robust Business Continuity plan in place, but what many fail to do is ensure that these are end-to-end, encompassing suppliers and outsourced services.

Under 40% of organisations were satisfied with their outsourcing partners during this crisis. Now is the time to rethink your partners and how you work with them. That might mean amending contractual terms, finding new partners but should most certainly mean ensuring that they can support and deliver your continuity plans in the face of crisis.

One of the key issues underpinning low operational resilience has been that, despite our global economy, localised thinking still reigns. Business Continuity plans are more often than not city- and centre-focused rather than enterprise-wise. CIOs are in the position to reverse this thinking and take a view of resilience that is location-agnostic.

We know that flexibility in relation to home working or different service locations is vital. Many organisations have already taken steps to rid themselves of large, central offices but this has obvious implications for secure and compliant access and processing of documents. Digitising documents in a secure, compliant manner enables agile movement of processes between service centres and home environments.

John Willmot, CEO of NelsonHall, said: “The recent crisis has extensively exposed the limitations of existing centre-focused Business Continuity planning. To increase their future operational resilience, enterprises now need their BCP plans to be location-independent and to support widespread work-from-home. This necessitates increasing the digitalisation of document processing and distribution and enhancing the ability to move agent knowledge between sites and personnel.”

IDC’s President, Crawford Del Prete, recently argued that with businesses having dealt with the initial shock of lockdown, they are now focused on business resilience. He says that to succeed in this next phase, businesses must look to Digital Transformation initiatives with the steps they take not just protecting them now, but ensuring they are ready for a post-recession growth phase. Organisations that reach that growth phase will have used this time to extend Digital Transformation initiatives focused on agility.

The next year will undoubtedly prove to be an uphill battle to counter the effects of the current crisis and associated recession. However, this has also afforded the opportunity for CIOs to focus efforts on building operational resilience that will not only see them through future crises, but will ensure a foundation for first-rate transformation to deliver growth.

Beyond outbreaks of disease, other global issues we are facing might be more pressing than we think; climate change, extreme weather – not to mention the borderless and ever-present risk of cyberattacks. Now more than ever, there is an increasing need for enterprise-wide transformation programmes that focus on getting the basics of operational resilience right – starting with location agnostic, agile access to data and documents.