Three-quarters (75%) of UK office workers said that they would accept – or have accepted – a pay cut in return for a fully remote role that allows them to work-from-anywhere, according to new research from Citrix.

The new data, based on a survey of 1,000 UK office workers and conducted by OnePoll, examined employee attitudes towards the future of work as we begin 2021.

The poll found that, on average, respondents would be willing to take a 14% pay cut in order to secure remote working in their role. Based on the current average UK salary of £30,472, this would represent a gross reduction of around £4,266 per annum on average per worker.

“We’re now in a world where employees have seen the potential that remote working holds to improve their work/life balance – so much so that they’re willing to forgo a significant portion of their salaries to achieve this on a permanent basis,” said Darren Fields, Regional Vice President, UK & Ireland, Citrix.

Those aged between 45 and 54 were prepared to take the largest salary sacrifice, averaging 16% – or £4,887 gross salary, based on the national average income. 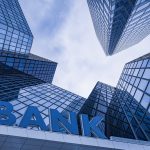