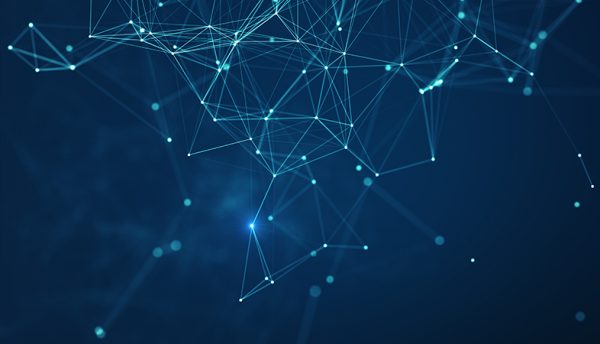 On the lighter side of things we ask David Craig, CEO, Iceotope, about what makes him tick.

My family and I accidentally built a charity. It educates children in Kenya. We’ve done it without a single paid officer. Everything is done by volunteers and in 20 years we’ve educated around 20,000 children. We have around 800 in school just now. We’ve also built an orphanage.
It’s been done entirely by volunteers and us amateurs, wholly by learning as we go along. It has become something of a labour of love. But the ability to use the old term ‘teach a man how to fish’, we can see the difference we’ve made. With the help of all the people over the years to do it, we can see the difference it’s made in the lives of these young people who have real hope and opportunities that they otherwise probably would not have had.

Complete luck. I had spent my teenage years as a musician, lifting and heaving amplifiers for people. My wife and I wanted to settle down together and I needed a regular income. So, I went to the jobcentre and was interviewed that afternoon for the position of storeman, with Burroughs Computers which later merged with Sperry and later became Unisys. I started as a storeman in a technology company the next morning. And I’ve been in the industry ever since.
I have worked my way up and through various positions, but simply I started as a storeman on the factory floor of a technology by complete luck. I’ve navigated a path where I’ve been able to build more capability and have a lot of experience in the industry.

We do many things. We employ a commitment process; we’ve built esprit de corps and a sense of commitment and mission in everything we do. We’re very much into trusting people, allowing them to try and test and to grow.
But clearly, we give direction and clear rules to follow. We need to achieve things; we need to be driven and we are. But we have created an environment in which success is praised and growth is absolutely encouraged as an exemplar.
When I joined, we only had one person who was named on the patents of the organisation and now over half our engineering community have contributed to patents that sit behind our intellectual property. That is a proud moment when you see people contributing, growing and developing.

What do you think has emerged as the technology trend of 2021 and why?

I think the industry is investing heavily in sustainability and it’s investing heavily in promoting developing technologies that allow AI to live at the Edge.
Certainly, at Iceotope we see those as probably the two most pressing challenges. How we actually manage sustainability and then the proper protection of the technology in the places where AI needs to flourish outside the data centre.

I don’t suffer much from stress, I’m able to compartmentalise and multitask a lot of the time. I have a settled and happy home life as well. I play music, I build models, I have a workshop where I can do projects. I live in the countryside and we have all kinds of walks. So, I immerse myself in them.
All of my days are filled, I never have a moment where I don’t know what to do next. I don’t know what it’s like to not have anything to do and not have anything to think about. I am always busy but having the ability to focus on all these different things is always good.

We can’t know what our different futures would be, we get to live one linear path and our choices are our choices. Life is good. Could it have been better? Possibly. But we can’t waste time thinking about it.

Europe differs from other parts of the world in that its decisions are driven by data, consensus and reassurance. It’s less likely to be an early adopter of new technologies. But it tends to be a fast follower. Sales cycles can be longer as they’re more technical, they tend to be less rooted in value and more in technical detail.
But equally, Europe shows real leadership. It’s starting to show leadership on things like sustainability. It can be an engine that is driven more by the census model and hence is more driven to make sure everyone has the same solution or something like the same solution.
It comes down to Europe having a different risk profile and different risk appetite which makes it a better fast follower.

The biggest impact has to be COVID. It’s changed the pace that we can do certain things, it changed the way we communicate, see each other and how we manage and motivate the team.
It’s been a huge challenge for us, but people have stepped up to it amazingly well. But let’s not pretend that things such as lockdowns have not harmed some individuals. Some people have done well in lockdowns, some have been absolutely miserable. And that can create challenges.
We are going to have to look at how we bring those people through the experiences they have had; we are going to have to re-knit and recreate working practices because working from home is here to stay in different degrees.

Above all that, the impact on young people has been horrific. Older, middle-class people, in corporate jobs, have been absolutely fine but young people breaking in and trying to get new careers, it’s been incredibly difficult for them to be mentored, to make their mark and get known.
We really have to give space to young people in these next couple of years. We somehow need to make that back up to them, because they’ve given up so much, so willingly, to protect the older population from this disease. We have to look to these people and help them flourish and invest heavily in them.

What advice would you offer somebody aspiring to obtain C-level position in your industry?

I used to work for IBM and their motto for many years was “Think”. My experience says the real lack of thinking is probably the biggest issue that we face often in business. I see people have opinions; I see them work hard. But actually, sitting down and thinking, ‘How will we do this? How to position? How do you solve the problem?’ is the least common trait.
Reading and understanding other human beings, thinking and genuine empathy for how to get others to shift. All of your leadership characteristics are important. But the quality of your thinking defines how you execute, how you operate and how you build confidence.
Above all think and do it often.