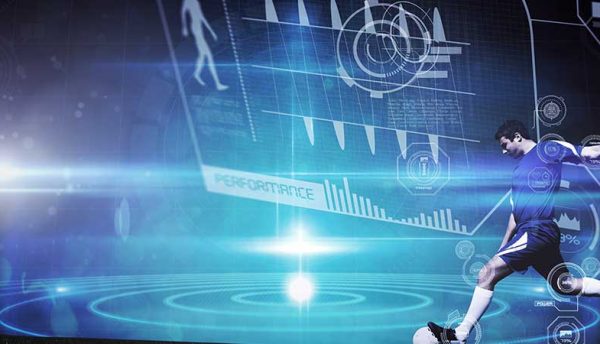 Craig Donald, CIO at the Football Association, tells us how the organisation’s technology processes allow it to remain committed to the future of English football and how IT is a key enabler for the fans. Donald also discusses what it means to be nominated in the Contino/TLA Top 20 Digital Transformation Innovators Report: Europe 2021.

Can you tell us about your role at the Football Association and the scope of your responsibility?

I am the Chief Information Officer at the English Football Association (The FA). I’m responsible for all aspects of technology within The FA, which is a pretty diverse role.

As the governing body of English football, we cover a range of different things including managing the national stadium at Wembley, which means there’s a lot of infrastructure work involved in what we do. We also run the Emirates FA Cup – the oldest national football competition in the world, as well as the Barclays FA Women’s Super League and FA Women’s Championship.

We run ‘grassroots’ football across the country via our regional County FA network, with millions of players of all ages joining their local clubs and teams to play our national game every week. And, of course, as a governing body, we’re responsible for making sure that football and its participants behave.

I also handle transfer windows. When the transfer window opens twice a year, any transfer fees that are paid come through The FA. We act as a clearinghouse for that money, so we see billions of pounds moving through our bank accounts. I run systems that cover everything from ensuring players have the right technology during their downtime on international camps, through to transfer fees and making sure that red and yellow cards are processed correctly.

How do you ensure The FA’s technology processes allow it to remain committed to the future of English football?

In the past, we’ve been focused on doing what we could without necessarily going above and beyond. We’ve tried to change that over the past few years, which has powered the growth and innovation that’s now been recognised internationally by Contino and Tech London Advocates (TLA).

Partnership work is very much at the heart of what we do now. We couldn’t do this work with the people we’re serving within football and within The FA, without partnerships – helping those people to understand what it is we’re doing and helping to educate them. Behind this partnership work is the technology. We’ve shifted from being an on-premise organisation, which is easy when you own a stadium because you have data centre space. However, this becomes less scalable over time and is no longer where technology is being invested. So, over the past few years we’ve made the transition to move to the cloud to become more scalable.

We’re taking much more of a product-based approach to what we’re doing and evolving into thinking more about products and less about systems. We try to talk in that way to our customers to make sure they understand the value we’re trying to offer them.

Can you tell us about the pioneering programme of digital engagement and transformation that you were responsible for championing?

When I joined three years ago, we were building some great front-end solutions. Our flagship app, Matchday, was launched with a lot of fanfare. It looks amazing and works really well.

However, I also noticed that there was nothing going on to fix the back-end problems – the invisible problems that we had. We were very much running as two separate organisations, with this digital function on one side and the legacy technology function on the other. All the money was going into digital and not a lot of it was going into transforming the back-end, which was creating more problems for us. For example, up until very recently we had up to 12 different ways for you either as a fan, a participant or a player of football in England to register with The FA. However, we had no way of knowing whether somebody that had registered as a coach was the same person that had a ticket to go and watch the Women’s World Cup, for example. We had no way of marrying that information, which was a problem with our systems.

I began to consider the back-end more closely by questioning why we weren’t transforming this at the same time as we were launching digital products with great potential at the front. My approach was about being a bit more holistic and understanding the value that those flagship digital products can bring, while spending time and money on fixing the back-end as well. That has been a process and we’re not there yet. One thing I was grateful for when Contino approached me about featuring as a top Digital Transformation innovator in its report was that I was quite open about the fact we’re not finished and that this is not yet a perfect Digital Transformation. However, I’m grateful that Contino was still willing to talk, understand and feature us.

How is technology a key enabler for the fans?

Though football is ultimately an offline activity, for the fans, technology is about making sure they can get to the game as quickly and easily as possible while maximising their enjoyment.

It’s simple things like making sure that we can deliver a ticket in multiple different ways in order to process people as quickly as possible when they’re entering the ground. It could also mean providing up-to-date information on queues at the bars or queues at the toilets, for instance. There are millions of people whose lives we’re aiming to improve through technology and we do that by simplification.

What innovative capabilities does The FA now have?

As a not-for-profit governing body, we’re making good progress because of the cloud. We focus on making sure that whatever we’re building is responsive. All our old systems could only be run when you were sitting at a screen in front of a laptop or a desktop. Now, everything can work on a mobile phone, tablet, or laptop across multiple different platforms and that’s been really important for us.

Scalability is also key, so we’ve been using Kubernetes to help us automate the deployment of the new modules that we’re building, moving everything away from these big monolithic systems and decomposing them into microservices. Rather than having one big system that does everything for grassroots football, we’re now building a series of around 10 modules, each of which does a very specific thing for football. Of course, this means that, in the future, if we make a change over here, we don’t have to worry about testing everything else in this stack. We can simply test on part thoroughly, look at the integrations and roll it out. This process will make things a lot easier for us.

How has your work improved your relationships with English football participants?

Internally, and with our partners within the County FA network that are on the front line, we’ve built up goodwill, because everyone can see the work that’s taking place. I think that it really will start to have a publicly visible impact in the next few months. The launch of our player registration module will hopefully free up a huge amount of time for club secretaries and league administrators up and down the country, so they’ll feel its hugely positive impact. We’re also doing a lot of work in the coming year on our web presence to share the benefits even more widely.

What does a nomination in the Contino/TLA Top Innovators report mean to you and the wider business?

I’m really proud that we were nominated because it reflects the work of the team. Everything we’re doing in education, collaborations and beyond is a reflection of building that strong partnership and making sure that my team can engage effectively with the rest of the organisation.

I’m proud that Contino and TLA chose us, even though some of our work seems a bit chaotic, isn’t always textbook and doesn’t always follow very clear methodologies. What matters is that it’s showing great progress. For me, it’s crucial that my teams can reflect on that. It’s great that our stakeholders in football see it, but it’s also important that our peers see it and recognise it as well.

It’s fair to say that I am really proud and excited that we were included in the report and recognised as one of the top Digital Transformation innovators in Europe. I hope the rest of my team can feel proud too because this recognition is ultimately down to the work that they’re doing. 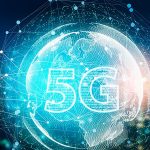 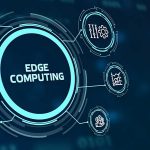 An Edge Computing breakup: Out with the old and in with the new