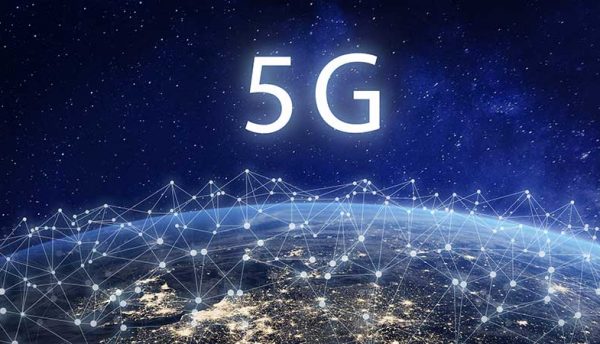 Orange has announced new business capabilities which have enabled it to strengthen its presence as a leading telecommunications company in Europe. The tech giant has launched TOTEM, its European TowerCo., which will allow it to derive value from its passive mobile infrastructure. The company has also announced its participation in the 5GCroCo project – contributing to the consolidation of Europe’s leading role in 5G technology.

Orange has announced the operational launch of TOTEM, its European TowerCo. TOTEM, wholly owned by Orange SA, is now operational. Its creation will allow Orange to strengthen its position as a manager and operator of passive mobile infrastructure and to benefit from new sources of growth. Its management and operation will be completely independent following the transfer of all key passive mobile infrastructure assets (sites, land, leases and leases to third-parties) to TOTEM.

Stéphane Richard, Chairman and CEO of Orange, said: “TOTEM’s operational launch is an important milestone in our European infrastructure strategy. The creation of this entity will allow us to derive value from our passive mobile infrastructure, for which we have exceptional operational expertise. By opening up these assets to other operators, we will optimise its use. We are determined to support TOTEM on both a strategic and financial level, to make it an undisputed leader on the European market and to keep control of this strategic asset as part of a long-term industrial vision. By retaining control of our infrastructure, we have made a crucial decision for our future growth.”

Nicolas Roy, CEO of TOTEM Group, said: “Launched first in France and Spain, TOTEM has become a new player for regional development in Europe. TOTEM will create value for all stakeholders – operators, landlords and real estate players, regional authorities, companies – thanks to its connectivity solutions and equipment sharing. TOTEM’s teams will rely on the excellence of its mobile infrastructure and a thorough understanding of its customers’ needs to develop connectivity services everywhere, in both rural and urban locations.”

TOTEM aims to become a leader on the European TowerCo market.

As of November 1, 2021, TOTEM’s passive mobile infrastructure portfolio includes over 26,000 sites in France and Spain, the two largest countries where Orange is present. TOTEM France will manage 18,500 macro-sites with a mix of 58% tower sites, 30% flat roofs and 12% in other locations. TOTEM Spain will manage 7,900 macro-sites, distributed equally between tower sites and flat roofs.

At launch, TOTEM has around 100 employees in France based in seven cities (Lille, Nantes, Toulouse, Marseille, Paris, Lyon, Donges), around 50 employees in Spain based in eight cities and approximately 20 people working for TOTEM.

After France and Spain, TOTEM will consider the option of incorporating other European passive mobile infrastructure assets from Orange which could create value.

As a neutral and independent player, TOTEM:

TOTEM is well-positioned to capitalise on the value of its passive mobile infrastructure by leveraging:

As a neutral player in the TowerCo market, TOTEM has all the in-house skills required to manage its tenants’ operations and to deploy new infrastructure (‘build-to-suit’ construction programmes and turnkey deployments).

Mobile infrastructure is a totem of our digital civilisation, offering connectivity solutions for all, everywhere, in both rural and urban areas. TOTEM’s mission is to unite all stakeholders – operators, local authorities, institutions, companies and landlords – offering a response to growing demand for connectivity and contributing to shared growth and development.

Alongside the launch of TOTEM, Orange has announced its participation in the 5GCroCo project for seamless connected and automated mobility in Europe.

5GCroCo (Fifth Generation Cross-Border Control) is a €17-million European innovation action officially launched on November 1, 2018, with the objective to perform 5G connectivity tests and trials for the road environment in real-life scenarios. On October 21, 2021, 5GCroCo demonstrated three use cases in the corridor areas that connect the cities of Metz-Merzig-Luxembourg in France, Germany and Luxembourg, traversing three countries, two borders.

Furthermore, 5GCroCo is exploring innovative business models. It will contribute to the definition of the necessary policy and spectrum regulation to guarantee the success of 5G for connected and automated mobility (CAM) services. The impact of 5GCroCo is also present at the standardisation level for both the telecom and the automotive industries (3GPP, ISO, etc.). 5GCroCo is thus contributing to the consolidation of Europe’s leading role in 5G technology, paving the way for the commercial deployment of 5G for CAM in Europe and worldwide.

The results obtained so far in the project and through the three use cases show that cross-border/-mobile-network-operator handover works seamlessly and that the use of 5G networks is key to reducing the end-to-end latency, which is critical in CAM applications, such as the ones studied in the 5GCroCo use cases. Moreover, additional results show that, thanks to mobile Edge Computing / cloud technology, more stable delays can be achieved than when relying on public Internet for the hosting of applications. Furthermore, a significant increase of the transmission speeds has been measured in the 5GCroCo tests and trials.