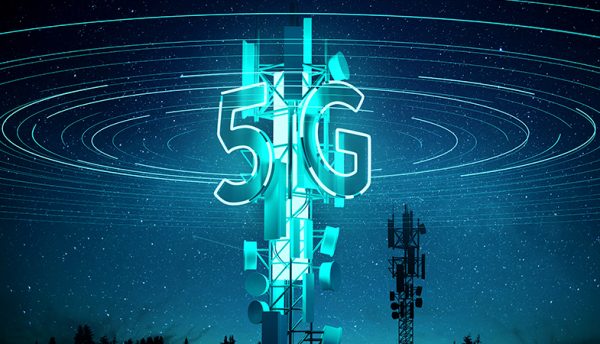 The accelerated rollout of 5G connectivity across Europe and the UK will have an immediate and catalysing impact in reducing CO2 emissions, according to a new study commissioned by Ericsson.

As European nations ramp up efforts to address climate targets, a new Europe-wide analysis finds that implementing 5G technology across four high-emitting sectors – power, transport, manufacturing and buildings – could create 55-170MtCO2e of emissions savings per year, the same saving that would be achieved by removing 35 million cars. That’s one in seven cars on Europe’s roads. The study reports that at least 40% of the EU’s carbon reduction solutions, up until 2030, will rely on fixed-line and mobile connectivity.

Börje Ekholm, President and CEO, Ericsson, said: “The EU and UK have set ambitious targets to reduce carbon emissions that will require transformational shifts across society. This new analysis demonstrates that connectivity, specifically 5G, is vital to achieving these decarbonisation targets. It is difficult to see how these targets will be met unless the rollout of digital infrastructure across Europe accelerates to match that of other leading countries and regions in the developed world.

“At present, with 5G rollout, Europe is strolling towards a more digital, low-carbon future, while other regions are sprinting in the same direction. Policymakers and regulators have a major role to play here by realising the competitive economic, social and sustainable potential of 5G and working speedily together to clear practical, regulatory and financial obstacles so that people, businesses, industries and societies right across Europe can enjoy the benefits.”

These solutions, such as the development of renewable energy generators, could reduce EU emissions by 550 million tons of carbon dioxide equivalent (550MtCO2e), which is nearly half of the emissions created by the entire EU energy supply sector in 2017 and 15% of the EU’s total annual emissions in 2017, the year was chosen as a benchmark for the analysis.

Despite the potential at stake, new forecasting of 5G rollout from the annual Ericsson Mobility Report paints a concerning picture for Europe.

At the end of 2020, 5G covered around 15% of the world’s population. In 2027, just three years before global emissions will need to have halved to stay on track to limit global warming to 1.5ºC, new forecasts predict that global rollout will still only be at around 75%.

Ericsson has invested heavily in energy-efficiency-led R&D – and product and solution development – across all technology portfolios to offer customers the most sustainable alternatives for their network modernisation strategies.