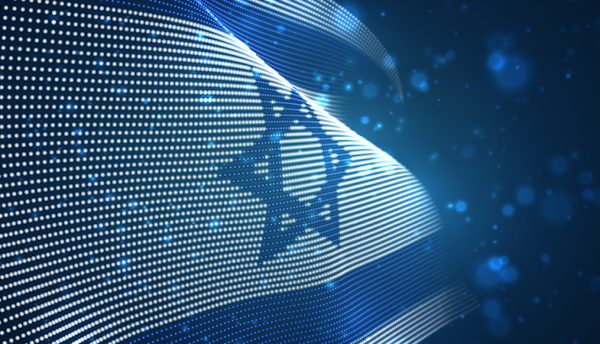 Evidence of innovation in Israel confirms country is spearheading IT development

Recognised as one of the most technologically influential countries in the world, Israel is a pioneer for digital savviness and innovation across Europe’s tech sector. Here we take a look at three examples of how Israel is changing the face of the technology landscape and laying the foundations for an IT revolution.

The Weizmann Institute of Science developed ULTRASAT which will be the only telescope able to detect, in real-time, fleeting space phenomena such as supernovae, gamma-ray outbursts, the explosion of large stars and neutron star mergers.

More than 12 years ago, the idea to develop an Israeli telescope came into being. The subject was brought up in conversation between Zvi Kaplan, the former head of the Israeli Space Agency; Professor Eli Waxman, an astrophysicist at the Weizmann Institute of Science; and Weizmann Institute scientists. What transpired was the development of ULTRASAT, a telescope with the potential to put Israel at the forefront of astronomical research.

After discussions with colleagues from the California Institute of Technology, they agreed that what observational astronomy was lacking was a telescope that could detect, in real-time, fleeting space phenomena such as supernovae, gamma-ray outbursts, the explosion of large stars and neutron star mergers. In order for scientists to study such anomalies, the cosmic event first needs to be detected and then different kinds of telescopes based both on earth and in space need to be pointed in the direction of the anomaly. Because of the fleeting nature of such astronomical phenomena, called ‘transient’ by astrophysicists, and because of the vastness of space, the chances of detecting such an event in real-time were slim.

The proposed solution was ULTRASAT: a wide-field space telescope that can take images of a comparatively large part of the sky at any given time. It can also detect ultraviolet (UV) radiation emitted by stars.

“There are many wide-field sky surveys, but there are none in ultraviolet radiation,” said Dr Yossi Shvartzvald, a scientist at the Weizmann Institute of Science involved in the ULTRASAT Project. “This telescope is spearheading real-time astronomy. Thanks to the advanced technology and the instant communication, we can, within 15 minutes of identifying a transient event by the ULTRASAT telescope, determine the event’s location with high accuracy and aim more telescopes at it.”

Rohde & Schwarz develops, produces and sells innovative information and communications technology products for professional users. The privately-owned company has an extensive sales and service network in over 70 countries.

For the last 20 years, a local distribution partner successfully represented Rohde & Schwarz in Israel. The establishment of an Israeli subsidiary is now the next logical step for the company. Frank Oehler, Managing Director of Rohde & Schwarz Israel Ltd., said: “Working directly with our local customers is becoming ever more important to better meet their requirements. Having our own local presence will help us establish closer ties between these customers and our R&D departments to develop future-proof solutions.”

The subsidiary has 15 employees to deliver the company’s state-of-the-art test and measurement (T&M) solutions to industrial, research, wireless communications and automotive customers. Plans for the future are in place to access further market segments. Rohde & Schwarz is also opening its own T&M service lab with the latest test equipment and certified service personnel. “We want to make sure that our customers not only receive the best products but also benefit from our fast, accurate and advanced local repair and calibration services,” said Oehler.

Israel is a dynamic, high-tech market with established companies and a lively start-up scene. Andreas Pauly, Executive Vice President Test and Measurement Division, thinks Rohde & Schwarz can make a valuable contribution: “At Rohde & Schwarz, we have a tradition of innovation. It is part of our DNA. Our developments are ground-breaking and even help define technological standards. We are looking forward to a fruitful collaboration.”

Along with the company’s established business fields, Rohde & Schwarz has made substantial investments in future technologies such as 6G, quantum technologies, the Industrial Internet of Things (IIoT), Artificial Intelligence and cloud technologies. The company’s extensive product portfolio is an important contribution to a safer and connected world.

The goal of the joint project is to develop an Artificial Intelligence (AI) and Machine Learning (ML) based system for detecting, diagnosing and predicting faults and malfunction in drones, by adapting and integrating an identification and prediction model developed at Ben Gurion University in existing systems of Maris-Tech.

“We are honoured to receive this grant with a leading university like Ben Gurion and consider this grant as a vote of confidence in our technology,” said Israel Bar, CEO of Maris-Tech. “After assessing the project, the combination of both technologies, and our ability to deliver advance products, the company was awarded the grant. It is our intention to continue partnering with leading organisations and harness our products’ advantages to additional sectors and systems. This programme is another layer in the company’s intention to provide Edge Computing solutions on drones.”